Band of Outsiders released a line of Atari-themed apparel this Holiday season. The clothes might as well be adorned with pixel art or random colored blocks to younger gamers, but their dads and moms see cowboys, aliens and car chases there. Unless you look at the Super Breakout sweater, in which case what you see is what you get: a paddle, a ball and a wall. 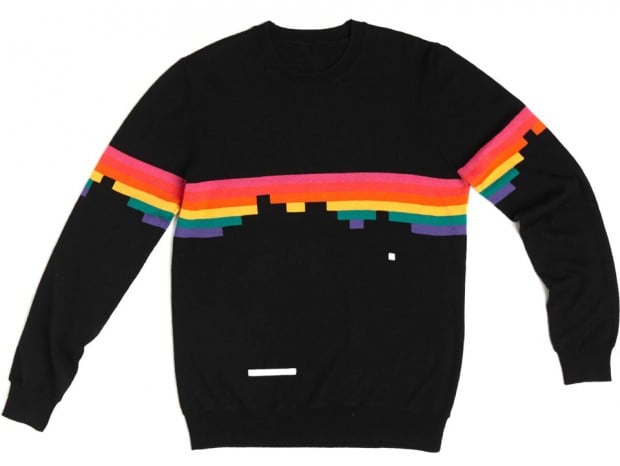 I chose to feature this sweater not just because I think it looks great but also because it’s not just for Atari or Super Breakout fans. It’s for both Apple fans and haters too. The game you see here wouldn’t exist without Steve Wozniak and Steve Jobs, the same people that led to the iPhone and iPads, which are now home to bite-sized arcade style games in the vein of Super Breakout. If you already know that trivia then this sweater also serves as a reminder of Steve Wozniak’s talent and Steve Jobs’ business acumen, i.e. ruthlessness. 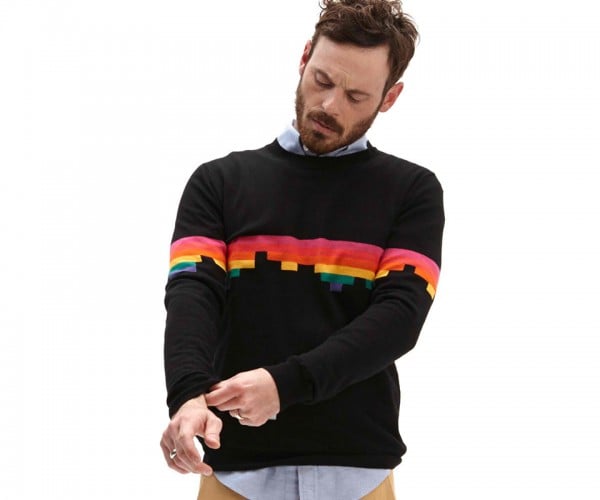 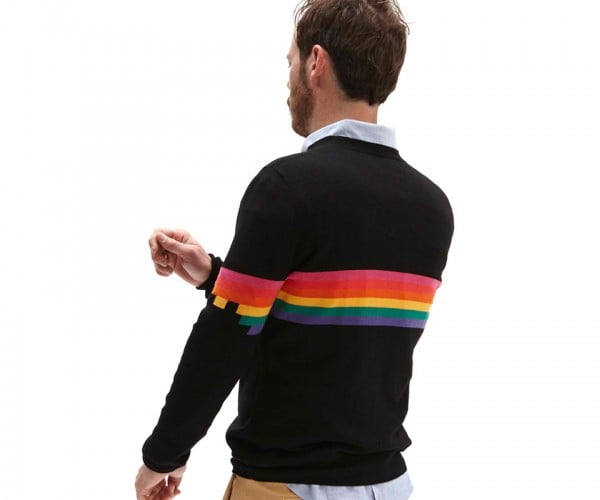 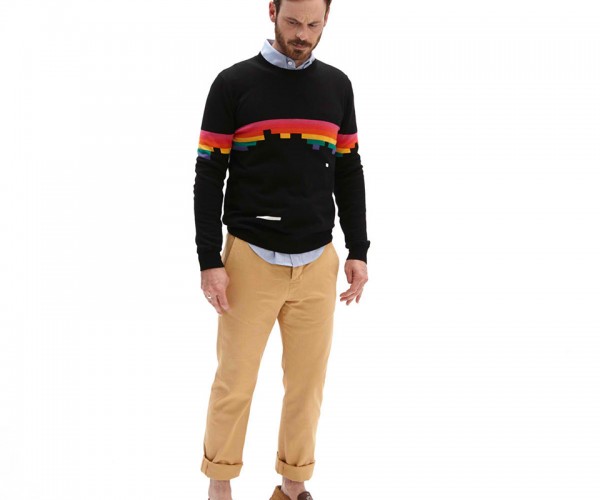 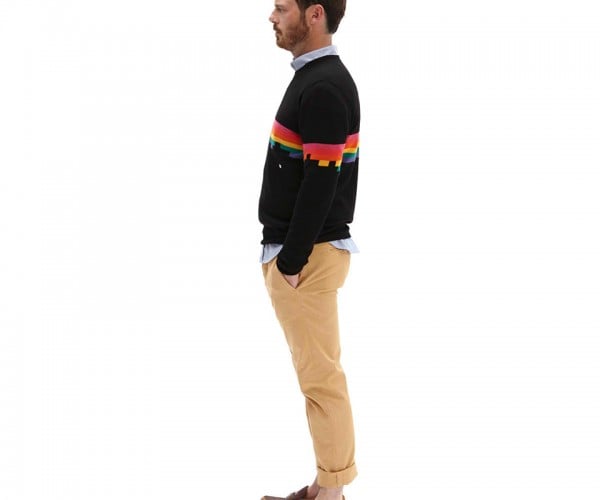 The sweater even has an Apple-like price tag: Band of Outsiders is selling it for $395 (USD). You could do worse: the Super Breakout beanie costs an insane $175.