Some say that the future of data storage lies in cloud computing. But until high-speed Internet access is available on a global scale, we’ll still need ways to store data locally. Wouldn’t it be nice if instead of bulky external hard drives and USB sticks we had paper-thin flash devices instead? Industrial designers Aditi Singh and Parag Anand think so, which is why they came up with dataSTICKIES. 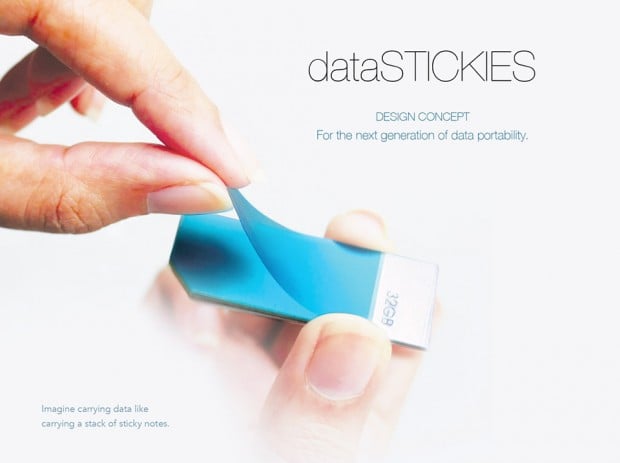 Singh and Anand dream of dataSTICKIES as paper-thin flash memory devices. They based their concept on graphene, a carbon allotrope that exists in layers that are only one atom thick. Aside from being insanely thin, graphene is also durable and conducts electricity well. In theory at least, it can be used to make electronic devices that are way better than the ones that we have today, including data storage devices. 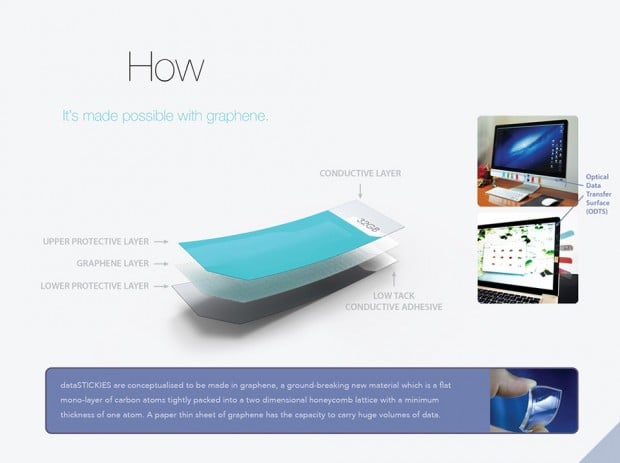 Singh and Anand imagine dataSTICKIES would be like sticky notes. You could write on them and stick them to practically any object. They even thought of a foolproof way to connect the concept device to computers. Instead of traditional connectors, dataSTICKIES would simply stick to a transparent data transfer surface located in a practical position, such as along the perimeter a monitor or on the back of a mobile device. You won’t even have to worry about running out of “ports” because you can stick multiple units on one data transfer surface. 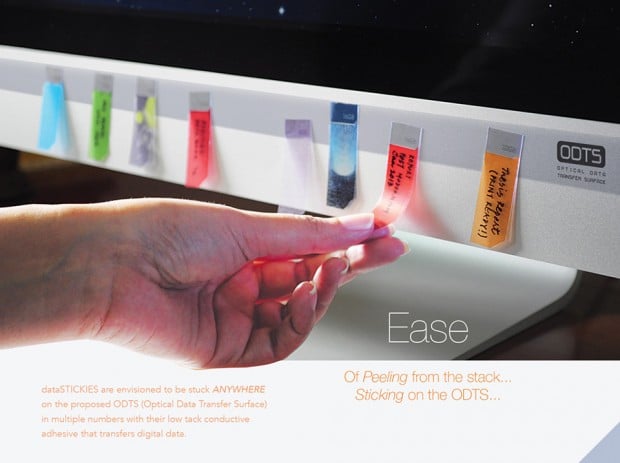 Like sticky notes, dataSTICKIES would also make it easier to associate data with the physical world. For example, you could use posters with tear-off strips of dataSTICKIES to distribute vast amounts of information. Or spam. Or malware. Okay I’m starting to hate that poster idea. 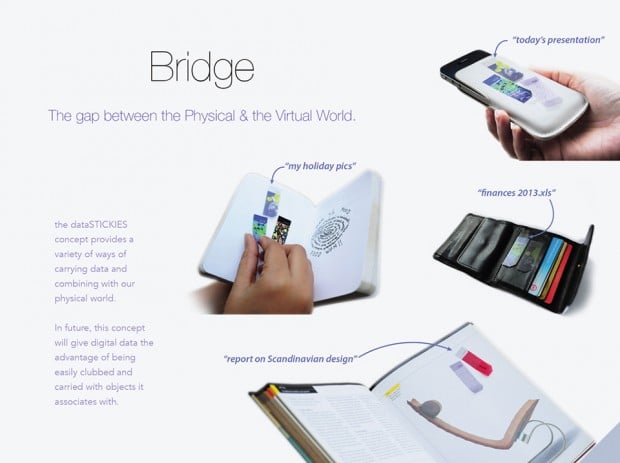 Singh and Anand’s concept was honored at the 2013 Red Dot Design Award. It’s certainly a great idea, but I don’t think we’ll be seeing anything like it soon. Stick a browser on your computer and head to the dataSTICKIES website for more on the concept.