Adriá García of DIYMakers augmented a Wall-E toy by making it work with voice commands and giving it the means to move on its own and avoid obstacles. It doesn’t compact garbage or collect curios, but at least it can dance. 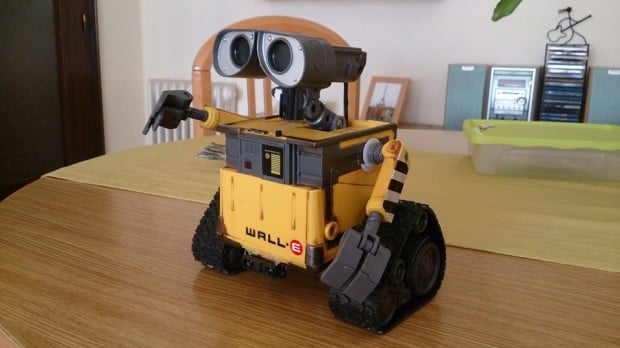 AUTO, navigate to DIYMakers for more details on Adriá’s mod.