Last weekend, game developer Don Nguyen removed his hit free mobile game Flappy Bird from Apple’s and Google’s app stores. He said he felt guilty that he created an addiction. Meanwhile, last week Coffee Stain Studios – developer of the tower defense hybrid Sanctum – released a video of an unfinished game that it made for fun. It’s called Goat Simulator, and it’s as stupid as it sounds. And now you can pre-order it. For $10 (USD). 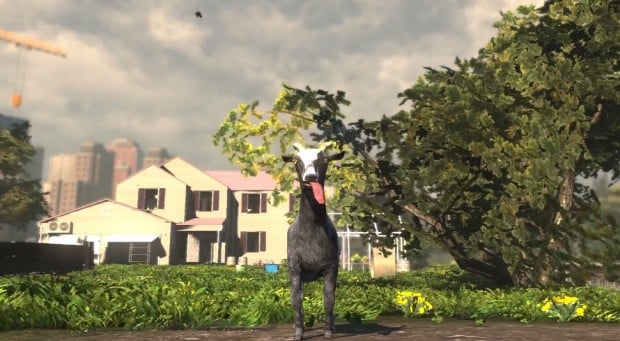 The video quickly became popular and folks clamored for the game to be released. This being the Internet, the line between sarcasm and sincerity is hard to trace. So here we are.

Gamers are crazy. I see people complaining about the value of Humble Bundle’s offerings all the time, even though some bundles are essentially hundred dollar discounts. The aversion of mobile gamers to paying even just a couple of bucks for quality games drove us to the ridiculous in-app purchase hell we’re currently in. But now we’re willing to pay for what is essentially an intentionally buggy physics engine with a goat in it. Is the video funny? Sure. But would you pay $10 for it?

In fairness to Coffee Stain Studios, it promised that to polish the game and make it so players can create levels through Steam Workshop. More importantly, the developer is transparent about what it’s offering:

“Goat Simulator is a small, broken and stupid game. It was made in a couple of weeks so don’t expect a game in the size and scope of GTA with goats. In fact, you’re better off not expecting anything at all actually. To be completely honest, it would be best if you’d spend your $10 on a hula hoop, a pile of bricks, or maybe a real-life goat.”

To anyone who goes ahead and pre-orders the game, relish the moment that you enter your payment details. Shoot a video of that moment and upload it on YouTube. Be sure to name the video “Let’s Play Goat Simulator.”