The smartphones that we think are affordable here in the US, are often way out of reach for people in developing nations. Many of these places don’t get subsidies, so they have to pay the entire amount for their smartphones up front. Nokia has unveiled a new smartphone at Mobile World Congress 2014 in Barcelona that is aimed directly at the developing world, but will come to Europe as well. 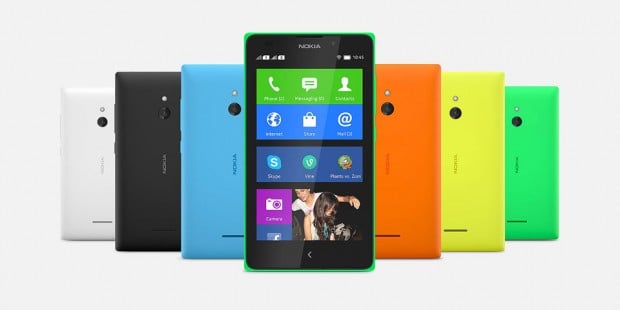 The smartphone is called the Nokia XL Dual SIM and as the name implies it has dual SIM card slots. Despite Nokia now being owned by Microsoft, the phone runs the Android OS.

The smartphone is 10.9mm thick and has a 5-inch screen. The screen offers wide viewing angles and tactile feedback. It has a resolution of 800 x 480 and supports 24-bit color. The rear camera is a 5MP autofocus unit. The processor under the hood is the Qualcomm Snapdragon S4, and the phone offers Bluetooth 3.0, and 802.11 b/g/n Wi-Fi conectivity.

It works on 2G and 3G networks. The Nokia XL has 768MB of RAM and 4GB of storage. It also supports MicroSD cards for storage expansion. The phone will roll out in Q2 2014 for €109 (~$150 USD). The company also introduced the Nokia X and X+ phones, which are even more budget conscious, but have smaller screens, a lower resolution camera and the X also having less RAM.