Back in 2009 we found a Game Boy costume that played Tetris. It had working buttons and had a laptop running an emulator. It turns out that anonymous cosplayer kept on working on his hack and showed off its latest version at the 2014 Ohayocon. 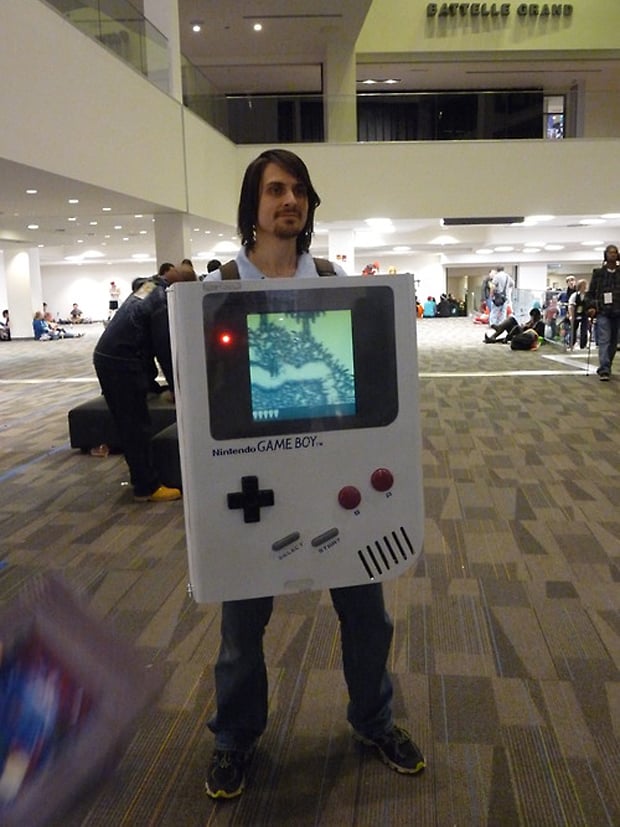 Aside from its much improved case, the costume can now switch games, which is done by inserting equally huge cartridge replicas into a slot… somewhere in the back of the costume. Seriously though Redditor Dacaris says the cosplayer told him that the whole thing is controlled by a Raspberry Pi. The cartridges “had slots cut in them so they would press different button combinations when they were inserted, and those told the raspberry pi which game to load.” Here’s a video of the costume shared by YouTuber MidgarZolom:

I bet he calls his jewels Select and Start.