Aliens Baby Power Loader Costume: Get Away from Her, You Poopypants!

We’ve actually seen a baby in a Power Loader costume before, but it doesn’t get old. There’s something very creepy and unsettling about seeing a baby in control of a multi-ton machine capable of crushing an Alien Queen like a bug. 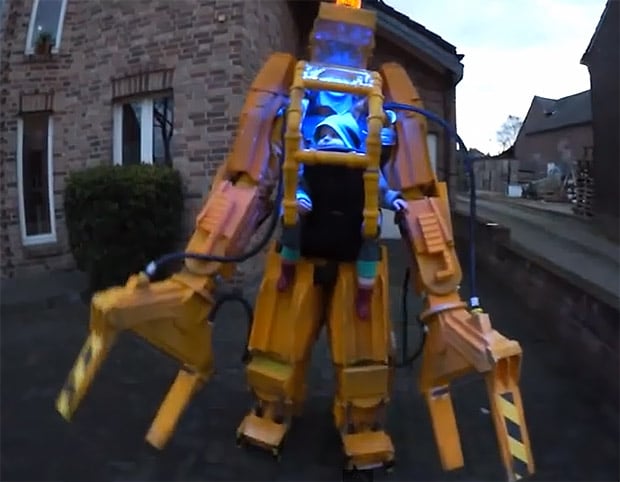 This one was built by Carsten Riewe for a Karneval Parade in Germany and it’s a dead ringer for the Caterpillar P5000 exoskeleton power loader from Aliens. But instead of Ripley, his 13-month-old daughter is the one driving this thing. Hopefully she isn’t a temperamental child and won’t destroy the whole town or anything because she didn’t get the toy she wanted. Nah. Don’t worry, her dad is behind her as the real driver.

The costume is a nice piece of work, and took about 100 hours to build. The arms and legs are full moveable and the top-light and LED are powered by a 12 Volt battery pack stored in the backpack. The on/off switch is in the left arm. There is also a Bluetooth boombox in the backpack to play mechanical robot sound effects or music.

[via Uproxx via Neatorama]