A company called Geek Ammo may have come up with the hacking community’s best buddy since the original Arduino. The MicroView is a chip-sized Arduino compatible computer with a built-in OLED display. Its size and built-in screen are a one-two punch for versatility. 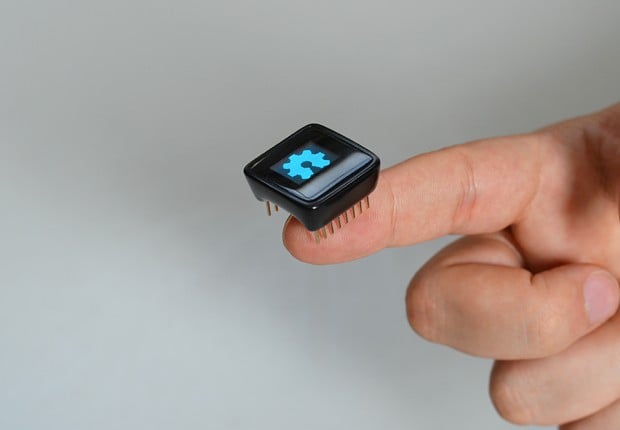 The MicroView is basically a smaller version of the Arduino Uno, except for its 64 x 48 OLED display. Geek Ammo’s sample projects that use the MicroView include controlling a small robot (with relevant stats shown on the display), monitoring a Raspberry Pi,  displaying the weather and serving as an interactive pendant.

Pledge at least $45 (USD) on Kickstarter to get a MicroView as a reward. $95 will buy you the MicroView with a USB-serial programmer, and educational materials to help get you up and running.