Long before we were using our joysticks to play Space Invaders and Galaga, they were using joysticks in the space program. In 1971, Apollo 15 became the fourth manned mission to land on the moon. Mission commander Dave Scott had to manually guide the Falcon lunar landing module back on course after it veered away from the intended landing site. He used this joystick which is now up for auction, with the bidding starting at $10,000. 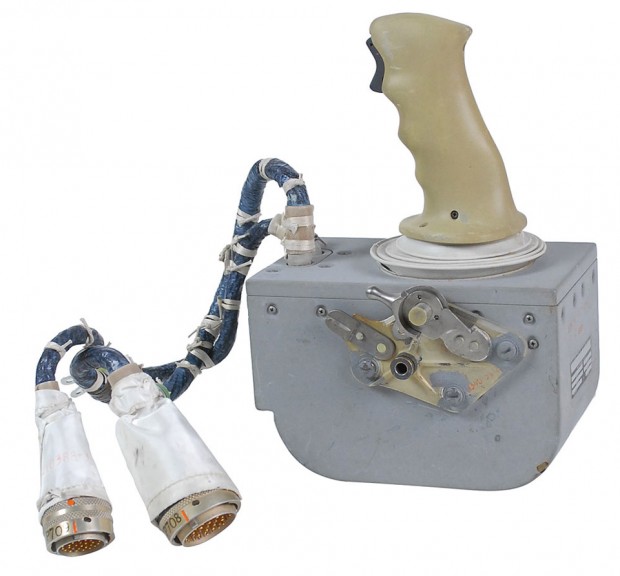 The joystick is in very good shape. It was used to land Falcon, then again to pilot the ascent stage as it met up with the command module in orbit of the moon. That was it. This joystick is spring loaded, so you can move it around and it will return to center. Sadly, the trigger is a communication toggle, not a fire button.

Whatever it sells for it will likely be the most expensive joystick ever.

[via New Scientist via Geek]