We have seen some cool stickers designed to stick inside your toilet on a few occasions. One of the coolest was the Sarlacc stickers that made your toilet look like the monster that ate Boba Fett. Some new and much simpler stickers have surfaced for Star Wars fans that want to pee on something. 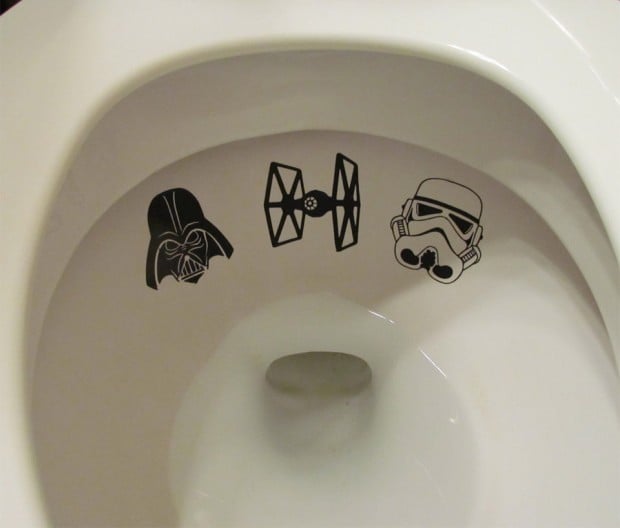 The stickers – available from LilMrsCrafty – include a Darth Vader helmet, TIE fighter, and a stormtrooper. If you put these in a toilet on the Death Star, none of the stormtroopers could hit them.

If you ever wanted to take a whiz on Vader, here is your chance. You can also show Vader your fully functional Brown Star. See what I did there?