We’ve seen Google Glass used to help blind people. Researchers at Brigham Young University (BYU) on the other hand are using Glass as well as other head-mounted displays to help deaf students learn. They call their project Signglasses. 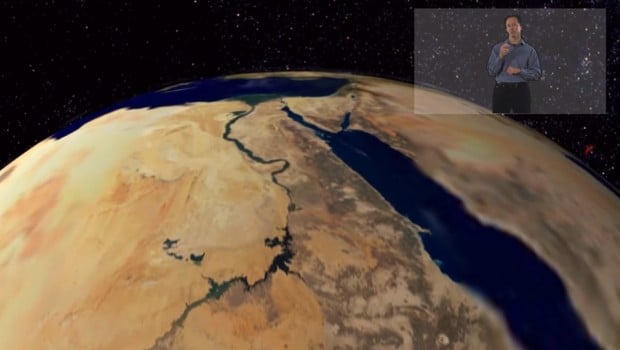 BYU professor Mike Jones and his team were motivated to set up Signglasses because the school’s deaf students found it hard to appreciate their visits to the planetarium. The students had to look back and forth at the display and the sign language interpreter, who was also hard to see because the room was dark. Thus the initial goal of the project was to send video of an interpreter to a head-mounted display, enabling deaf students to see both the planetarium presentation and the interpreter at the same time.

But the project is now looking at other ways that head-mounted displays can help deaf people. For example, they’re thinking of making an app for Glass that will automatically look up the definition of a word when you point to it. The video below was uploaded by Austin Balaich, one of the students working on Signglasses (captions are available).

Prof. Jones will publish their findings this month at the 2014 Interaction Design and Children. Head to BYU to learn more about Signglasses.