A lot of tabletop gamers have been dreaming of playing on a large interactive display. The product once known as Microsoft Surface – now called PixelSense – seemed destined for this, but it has since been relegated to a novelty item. A company called Splendiferous Press is working to make the dream a reality with the GameChanger. 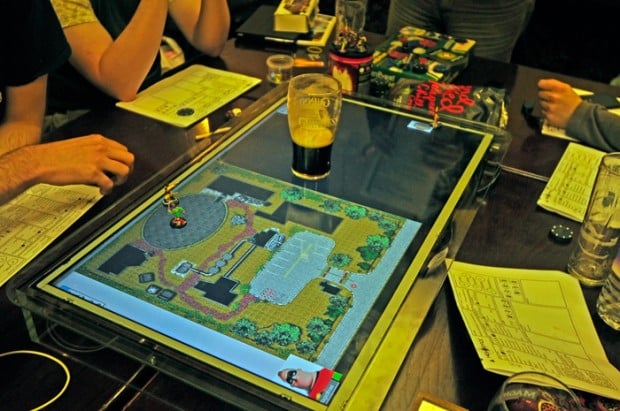 The GameChanger is available in 32″ and 42″. Its based on 1920×1080 LCD panels made by Innolux. It has a VGA, a USB and two HDMI ports plus Bluetooth connectivity. It’s encased in acrylic, has a glass top and comes with a small wireless keyboard and touchpad. Splendiferous also offers a 4-point touchscreen, an ARM mini PC running Linux and a Chromecast as add-ons. 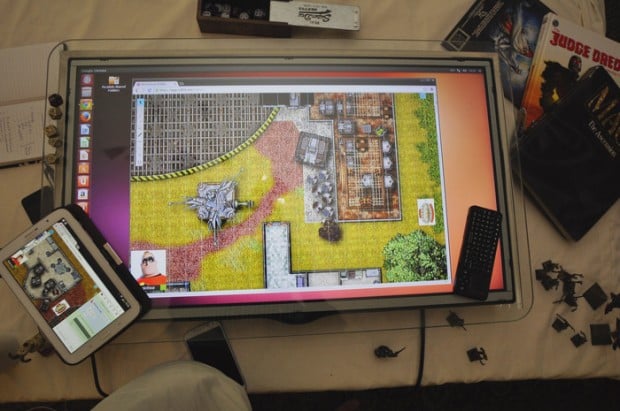 As you can see the GameChanger – despite its name – is actually just an HDTV embedded in a coffee table. But its simplicity is also its strength. You can connect it to practically any modern computer and use it with a variety of roleplaying software as well as video games. It also comes with a stand, so you can prop it upright and use it as a normal monitor.

Pledge at least £365 (~$613 USD) on Kickstarter to get a GameChanger as a reward. If you have a spare 32″ or 42″ TV, there are also more affordable pledge tiers that offer conversion kits as a reward.