A while back, the National Corvette Museum made headlines when a massive sinkhole opened underneath one of its display areas and swallowed a number of rare Corvettes. The museum has been delicately trying to get the cars out and fix the damage ever since. As it turns out the sinkhole was a good thing as far as getting more people to come to the museum. 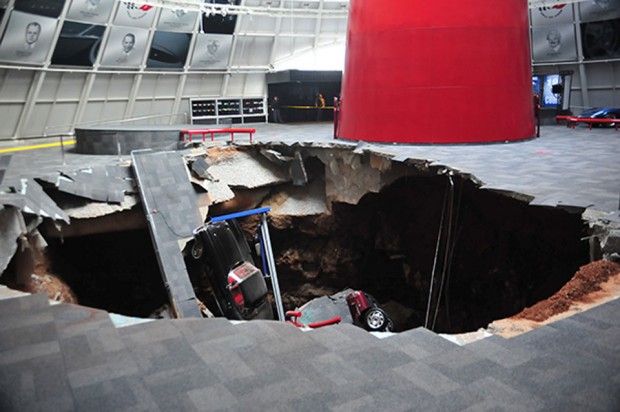 Visitor numbers are up to the point where the museum is planning to keep the sinkhole as an attraction. The plan is to leave an opening to the sinkhole that is approximately 25′ x 45′ wide and 30′ deep.

However, before the decision can be made to keep the sinkhole open, a study is going to be performed to ensure that extra humidity won’t affect cars on display in the museum. The sinkhole and eight damaged cars retrieved from it will remain on display as-is until August.