Adipose Cake Will Make Your Fat Melt Away

This Adipose cake is the best cake ever. You can eat it and then later watch your fat be taken away by a spaceship. If only that were the case with all cakes. It wasn’t made by a Doctor Who bad guy. This is Kimberly Chapman’s creation and it was made for a major Whovian. 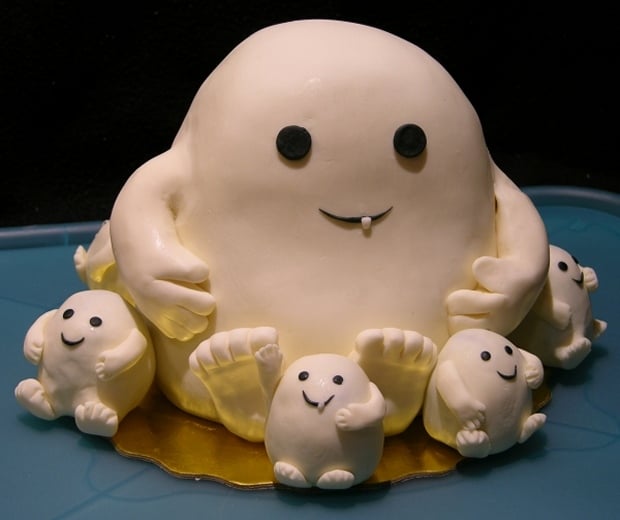 It began with two 5″ pans, a 4″ pan, chocolate cake mix and buttercream. She stacked the cakes up and carved out an Adipose shape, then added a buttercream cover and let it firm up in the fridge. After that she used a 50/50 mix of modeling chocolate and fondant to shape the creatures. The end result looks delicious.

This is the cutest cute ever and hopefully the fat leaves will leave you just like in the show.

[via Cheezburger via Nerd Approved]