This beautiful custom SNES was created by ozcan and it really makes me wish that Nintendo had offered something like it way back in the day. 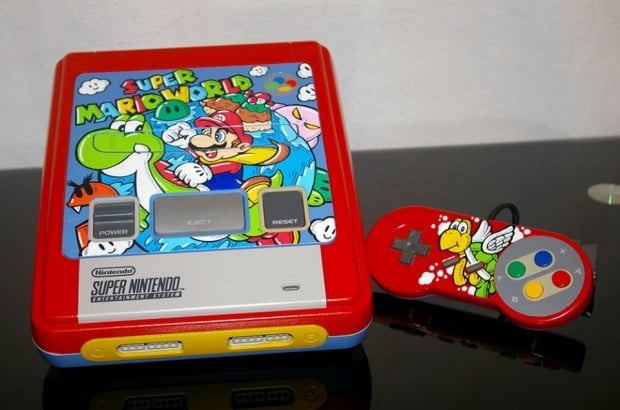 It shows Mario atop Yoshi, ready for adventure, and the controller features a flying Koopa. The design looks pretty amazing over that red background. Interestingly enough, I’ve been told to go take a flying Koopa a few times. If Nintendo offered consoles like this, I would be buying them all even if it meant never having money for games themselves. I would just display them and look at them all day.