A few years ago we featured I-Wei Huang aka Crab-Fu’s remote-controlled steam-powered tank. Instructables member Ian aka steamhobby is a big fan of Crab-Fu and also makes steam-powered toys in his spare time. His recent project is a nod to Crab-Fu, mixing a steampunk frame with the gritty look of tank treads. 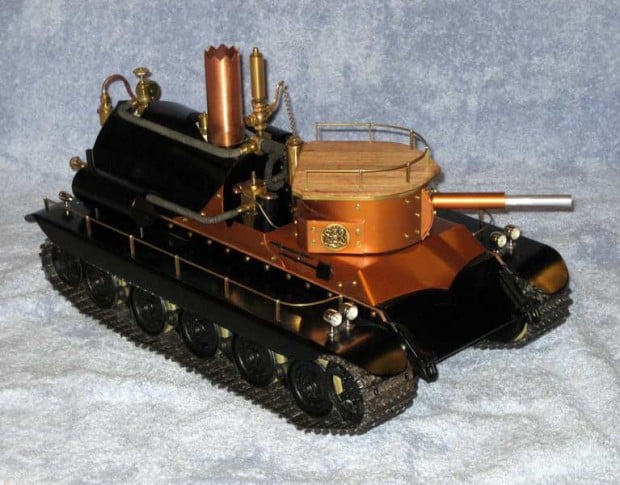 Ian’s tank is also steam-powered and remote-controlled. It’s based on a 1/16th scale Tamiya King Tiger toy and a 3.5″ Maccsteam horizontal boiler. When the tank’s turret is activated, it simulates recoil, emits a sound effect and a yellow LED on its tip lights up.

Head to Instructables for more on how Ian made the tank.