You wouldn’t steal a car, but someday you might be able to download and replicate one, thanks to Local Motors. As of this writing the vehicle maker is creating the world’s (partially) 3D printed car at the 2014 International Manufacturing Technology Show. Yep, the car is being made and assembled at the trade show itself.

Designed by Michele Anoé, the Strati has a 3D printed body, seats, windshield and support structures, all made of a mix of carbon fiber and plastic. The car will still have conventional parts such as its drivetrain, which is originally for the Renault Twizy. Even still, according to Top Gear the car only has 40 parts, as opposed to an average of 2,000 for traditional vehicles.

The 3D printed parts will take around 44 hours to print. Or rather, it must have taken that amount of time; as of this writing Local Motors has finished printing and is now in the process of assembly. 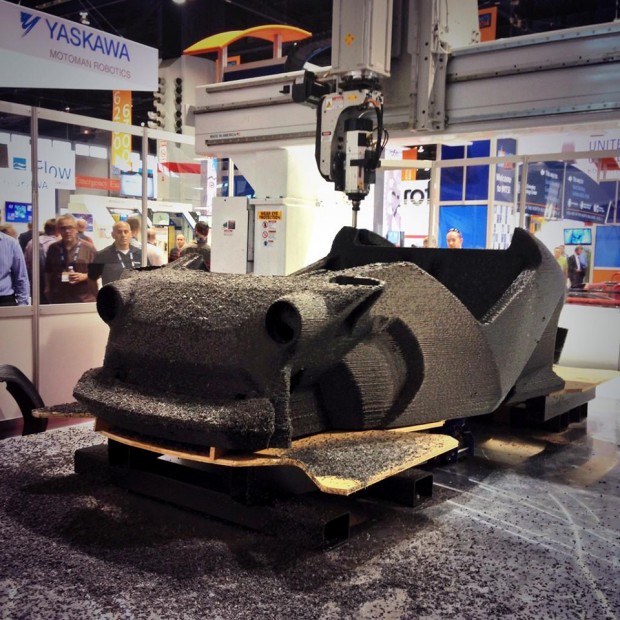 Here’s a glimpse at the car’s design:

Here’s a time-lapse of the printing process: