Earlier this year we saw a project where Google Glass was used to project an interpreter for deaf students. A team of researchers at Georgia Institute of Technology have come up with a more immediate solution for people that are hard of hearing. Using an Android app, the researchers’ software sends a text translation of speech in real time. 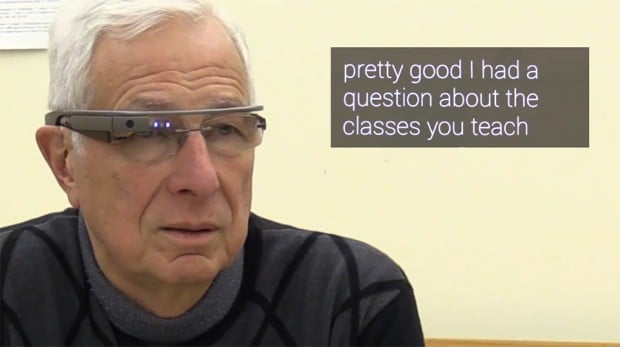 Called Captioning on Glass, the Glass app receives text via Bluetooth from a companion Android app, which uses the Android translation API to convert speech. Even though Glass already has a microphone, the researchers chose to include an Android device in the process because it makes it easier for the person speaking to figure out where to talk. The noise reduction on most smartphones helps with the conversion as well.

Google Glass owners can download Captioning on Glass here. The researchers are also planning on making a similar app but for translating from one language to another. Perhaps they can get in touch with Will Powell, who already did just that with his DIY augmented reality glasses two years ago.

[via Georgia Tech via Digital Trends]