A group of French aerial drone enthusiasts called AIRgonay recently started a racing competition where participants controlled quadcopters or tricopters in first-person view. YouTuber Herve Pellarin says they were inspired by the pod racing scenes in Star Wars Episode I, but as many others have pointed out, their race is actually more reminiscent of the speeder bike chase scenes in Return of the Jedi. 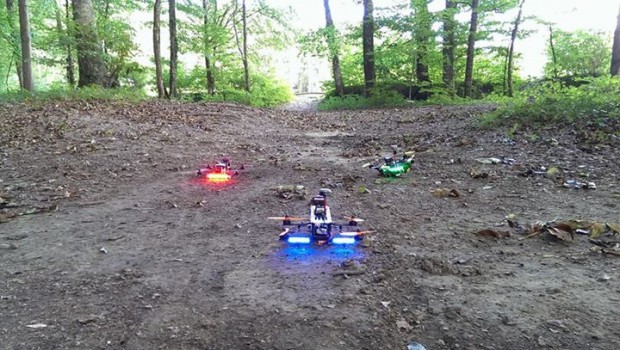 The race was held in a forest, where the organizers closed off paths to create a 150m (approx. 492ft) course. The pilots were required to remain in an area near the starting line, so they had to use monitors or head-mounted displays to view the footage being streamed from the camera mounted on their respective drones. Because of the winding paths and the fact that their toys reached speeds of up to 50kph (appx. 31mph), the pilots had to rely more on their instincts and mastery of the course and less on the footage. Be sure to turn captions on in the video below:

And now we wait for the inevitable Twitch Plays Drone Racing. You can see more photos of the event on AIRgonay’s Facebook page.