Printer Creates Documents That Set Themselves on Fire: Mission Inflammable

Artist Diego Trujillo built a highly unusual printer that’s way more secure than Snapchat. Inspired by reports of a Russian security’s decision to revert to typewriters and The Guardian destroying computer hardware that allegedly stored leaked NSA files from Edward Snowden, Diego made This Tape Will Self Destruct, a machine whose output sets itself on fire shortly after being printed. 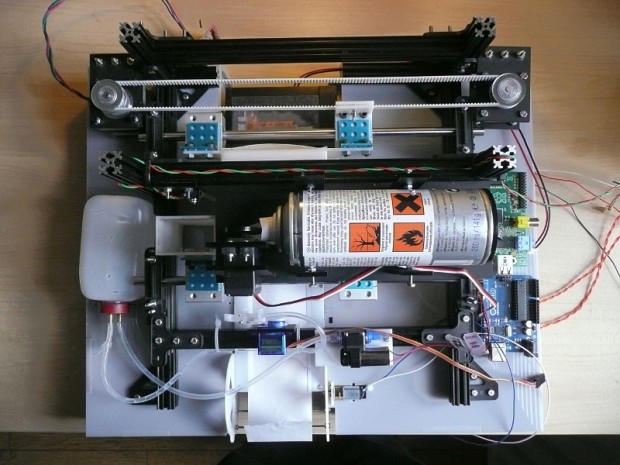 As a nod to “the intersection between our current techno-political status and Cold War spy fiction”, Diego programmed This Tape Will Self Destruct to print images and texts from Cold War fiction. Speaking with We Make Money not Art, Diego revealed that his machine prints using thermal paper and adds a potassium salt and glycerol at one end of the document. 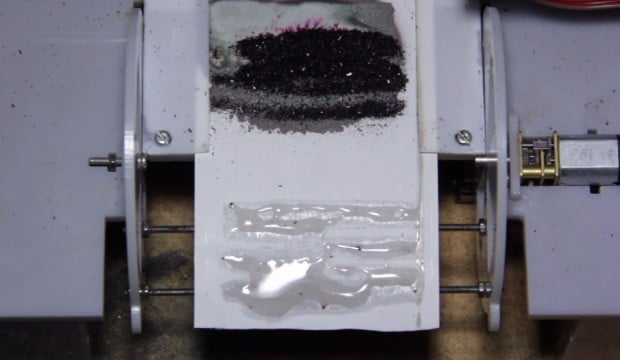 As the machine prints out the paper’s content, it also folds together the portions that contain the potassium salt and glycerol. 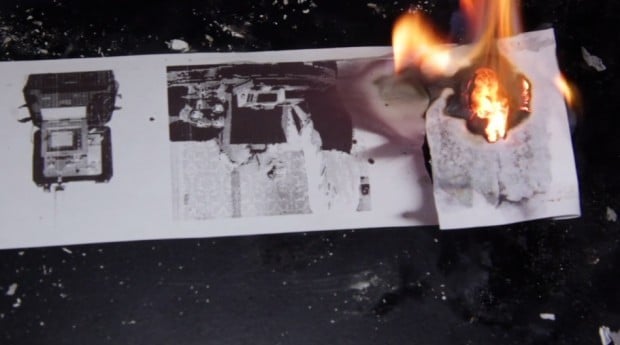 Shortly after being mixed, those two substances have an exothermic reaction, creating enough heat to set the thermal paper on fire.

I like how calmly the machine pats the explosive mixture together. You can read more about This Tape Will Self Destruct on Diego’s website and on We Make Money not Art.