Like many parents, Redditor MoobyTheGoldenCalf must have told his son that he can be anything he wants to be. Because for the past few Halloweens, his son has requested to dress up as a variety of inanimate objects, from a traffic light to a mailbox. This year he wanted to be a vending machine. Request granted. 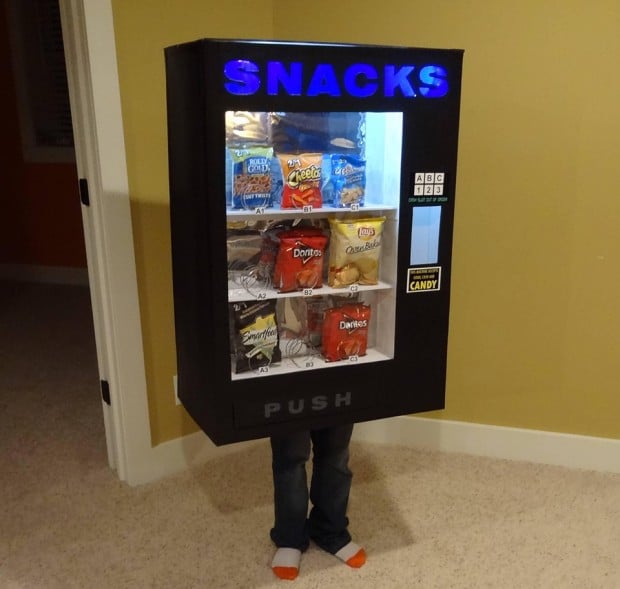 MoobyTheGoldenCalf says the window is made of Plexiglass, so don’t even think about stealing the kid’s snacks when he appears on your doorstep. As you can see his hands are inside the costume, but he can still take candy through the money slot. The candy will fall to a container behind the “Push” sign. MoobyTheGoldenCalf also placed mirror film at the back of the machine, creating a one-way mirror – his kid can see out but his face and body will be hidden. 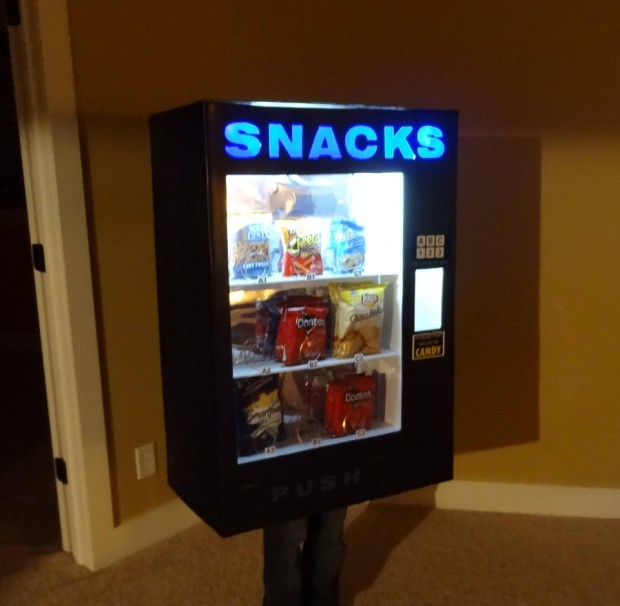 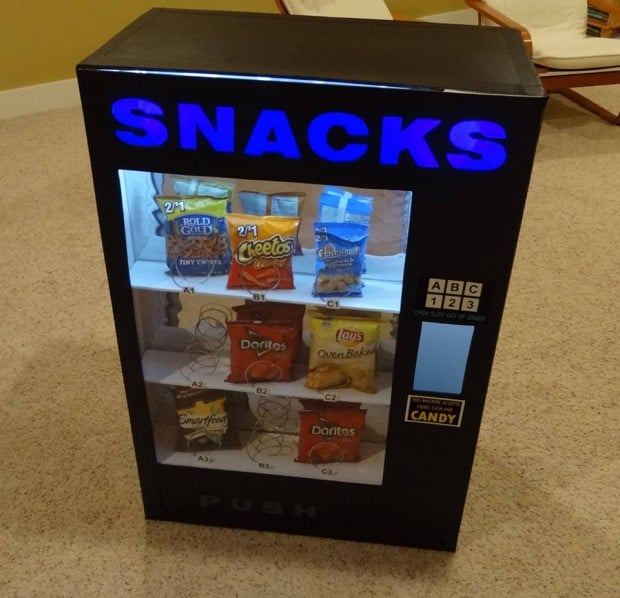 Kid, I say you up the ante and ask to be a convenience store next year.