I love it when geeks with lots of talent build replicas based on the insane weapons found in video games. Such is the case with a dude named Kirby Downey who built a replica of a gigantic machine gun from Destiny called the Thunderlord. 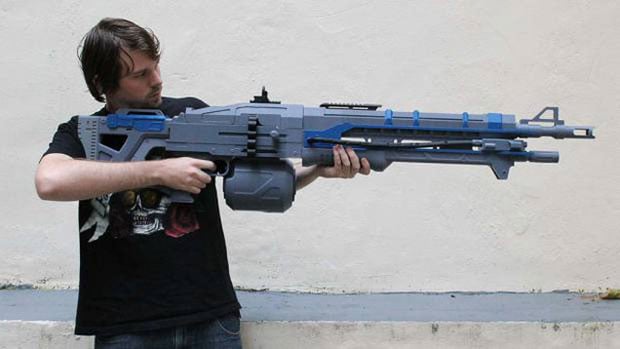 The replica weapon was made using 45 separate parts constructed from different materials. The materials used in the construction were PLA thermoplastic for the main body and bullet belt, something called Ninjaflex filament was used for the stock, and the rail was done in carbon fiber. 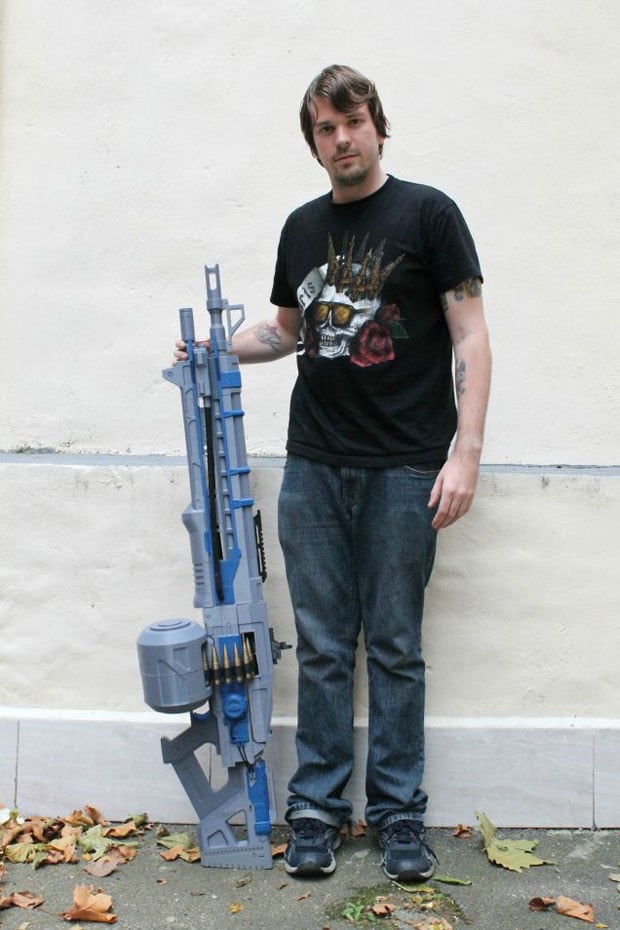 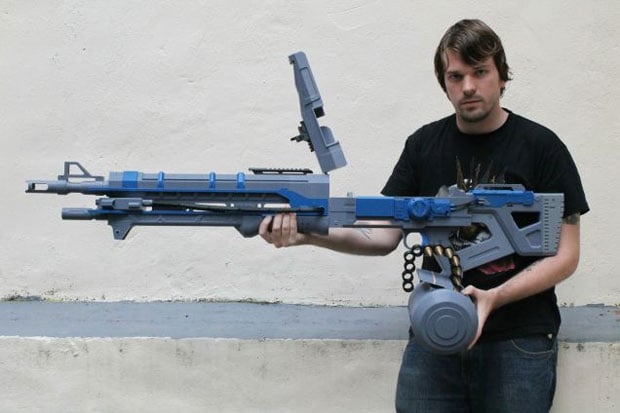 It sounds like this thing was expensive and time consuming to make. It’s unclear what device was used to create the 3D printed elements. The finished product is certainly awesome; it almost looks like a fancy NERF gun. 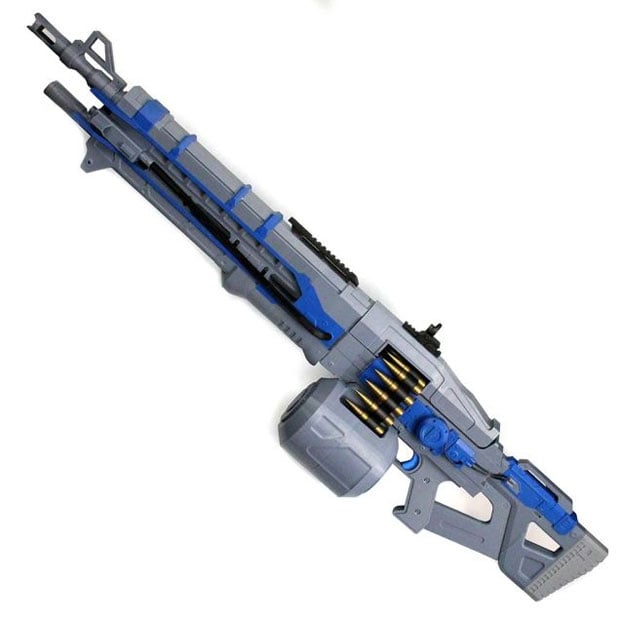