I have said it before; I was very surprised at how good Pacific Rim was. I think many people were just as impressed, and a second film in the franchise is in the works already. If you are a fan of Pacific Rim, you might want to pick up this 18-inch Gipsy Danger deluxe action figure. It’s not a pristine toy version of the giant robot, this one has battle damage. 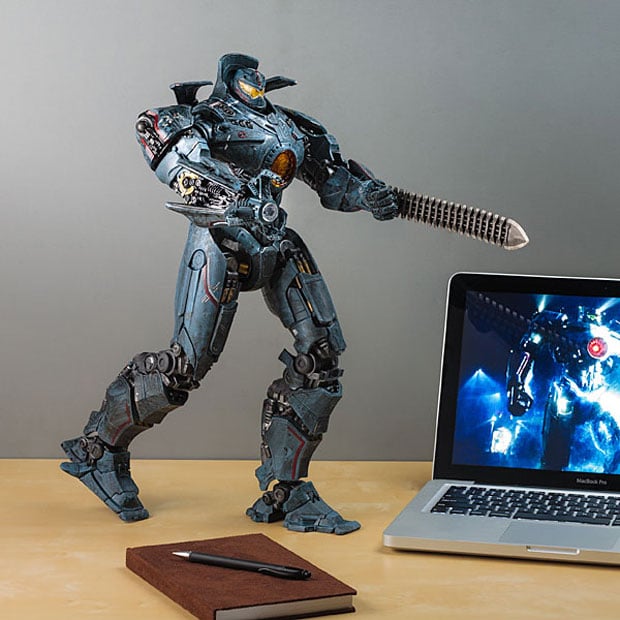 It has a light-up head, chest, and Plasmacaster cannon for a hand, and a removable sword on the other. The toy has 14 points of articulation and power for the lights comes from five LR44 batteries. 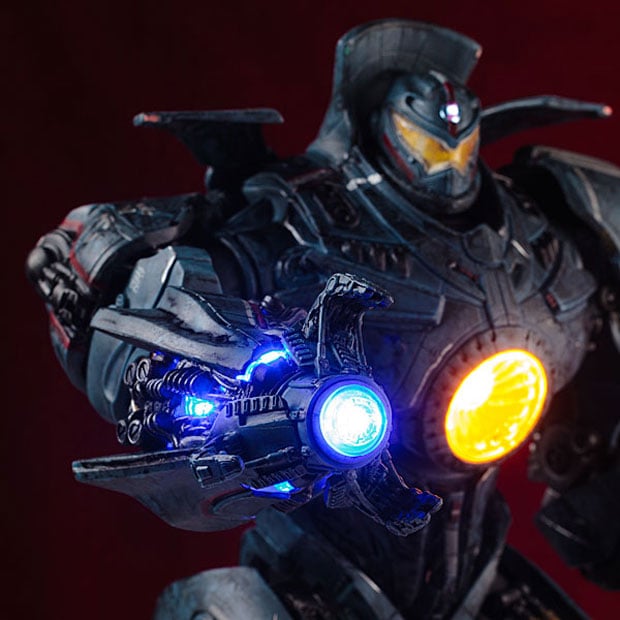 The action figure has small parts so it’s not for children under three. It’s recommended for kids 14 or older. This will look good on the shelf with your other action figures; you can get one for $99.99(USD) at ThinkGeek now. 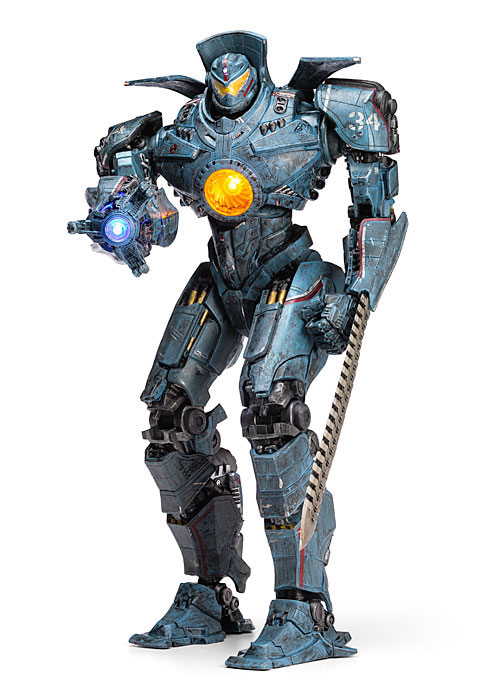