Apple Pirate Flag Replica: It’s Better to Be a Pirate than Join the Navy

Former Apple typeface and graphic designer Susan Kare is selling hand-painted replicas of the Jolly Roger, a pirate flag that she and her Apple colleagues made back in 1983. According to former Apple programmer Andy Hertzfeld, the flag is a reference to Jobs telling them,“It’s better to be a pirate than join the Navy”, an assurance that the Macintosh team would remain tightly knit and independent despite the company’s growth. 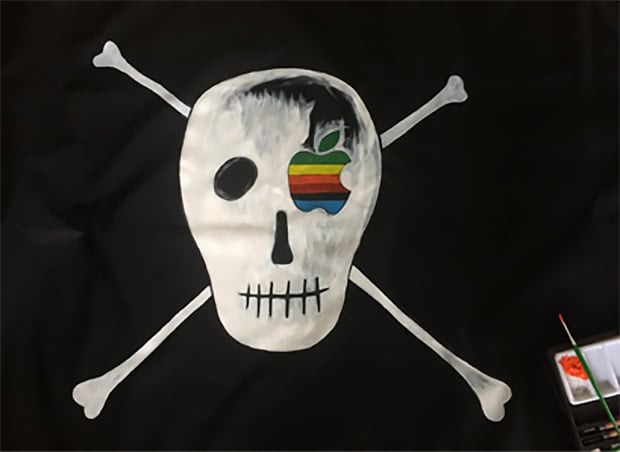 The image below shows one of Susan’s replicas on the left; the original flag is shown in the middle and on the right. Even though the original flag is nowhere to be found, Susan was the one who painted it, so it’s safe to say that her replicas are as close to the real thing as it gets. The big difference is that the original flag had an Apple decal for an eyepatch whereas the replicas will be all paint.

Like all things Apple, the replica flags are expensive. Susan is selling 3’x 5′ replicas for $1,900 (USD) and 4’x 6′ replicas for $2,500 on her website. Check out Andy’s story on Folklore to find out more about the flag.