Anyone who has spent any amount of time playing Super Mario World knows the music by heart, so you’ll recognize this tune. Anand Jain a.k.a. “MrSolidSnake745” has created a neat version of “The Athlete’s Rag” theme song from the game using his popular band of eight floppy drives. 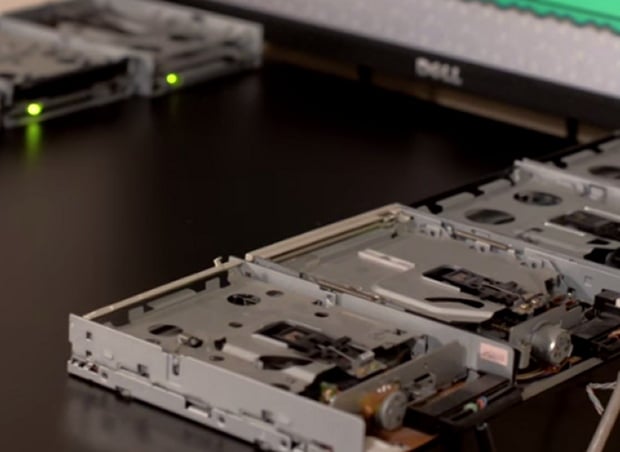 Catchy tune no? Still don’t recognize it? You can check out the original version in the second video. You’ve probably heard Jain’s other tunes played via floppy drive and if you want even more, Jain is currently raising funds on Patreon to keep this series of videos going.

At least someone is still putting those old floppy drives to good use.