DIY Super Hero Action Figures Let You Roll Your Own

The thing with all the action figures we talk about around here is that other than changing hands, posing them, and putting weapons in hands, you get what you buy. If you have always wanted to make your own action figure, ThinkGeek has exactly what you need. These 6-inch action figures come as white blanks and let you create your hero. 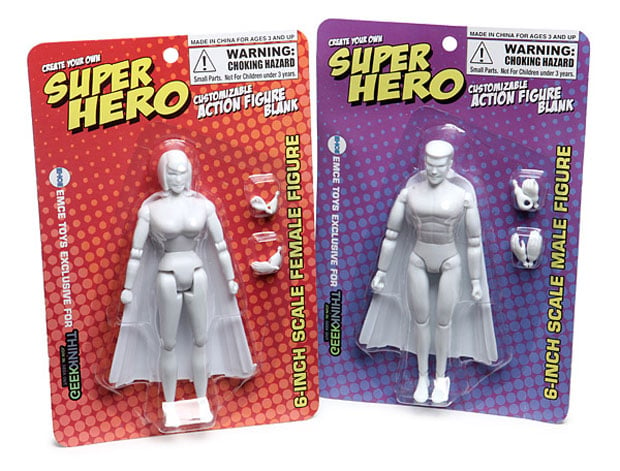 You can paint the blank white action figures and give them weapons from other similarly sized action figures. There are male and female versions and each has a cape included. The figures have 14 points of articulation and three sets of hands. There are fists, open hands, and hands for holding weapons. The super heroes are made from semi-flexible PVC. 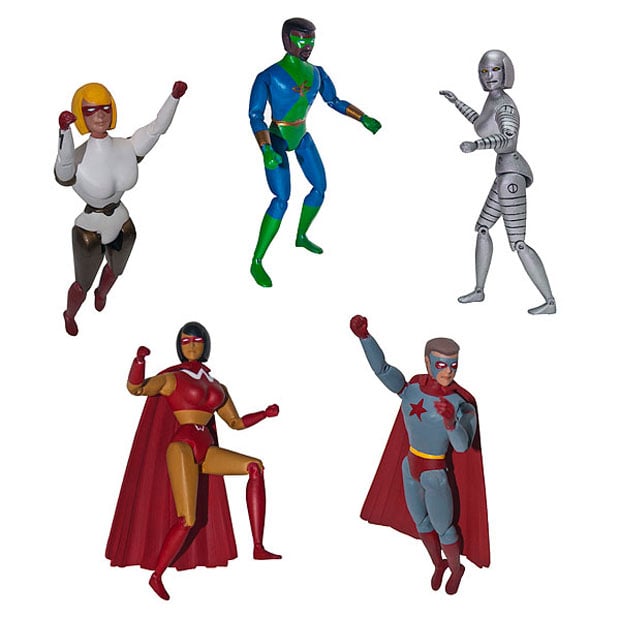