One of my favorite scenes from Pacific Rim is when Gipsy Danger gets into the fight with the Kaiju in the middle of the city and ends up handing out a beat down with a cargo ship picked up out of the harbor. I thought though the whole scene that the Jaeger pilots really don’t give a crap about the city they are trying to protect. 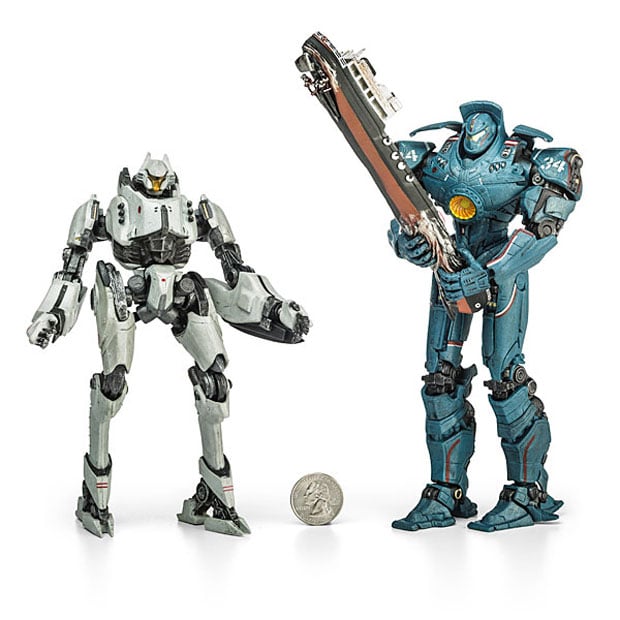 Still, it was cool to see a monster get beat with a boat. ThinkGeek has some nifty 7-inch action figures from Pacific Rim that fans will love. You can get the Gipsy Danger 2.0 figure or Tacit Ronin. Each of the action figures has over 20 points of articulation.

Gipsy includes the ship while the Tacit Ronin figure comes empty-handed. The action figures were sculpted using digital files from ILM used in the movie. Each of the figures sells for $24.99(USD).