Casual hoops fans may not be familiar with NBA shooting guard Troy Daniels, but that might change soon thanks to a news channel’s blunder. Houston channel KRIV Fox 26 recently interviewed the three-point specialist over the phone about his surprise trade from the championship contender Houston Rockets to the rebuilding Minnesota Timberwolves. Unintentionally rubbing salt on the young man’s wounds, KRIV showed this on air while talking to Troy: 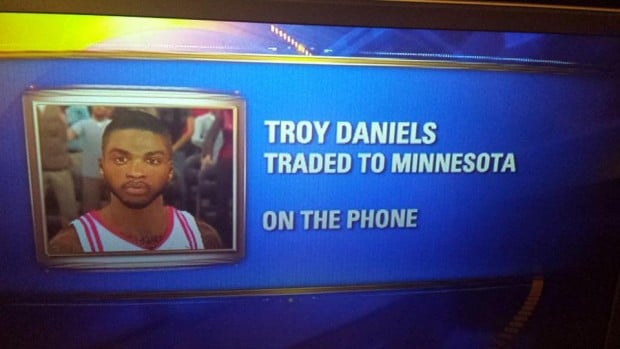 That is indeed a screenshot of Troy from a video game. NBA 2K14 to be exact. Twitter user J Ceynar alerted the world to the gaffe:

Did @MyFoxHouston just use a pic from a video game for ex @HoustonRockets player Troy Daniels? Wow! pic.twitter.com/l7LTKmCXnN

Here’s how it went down live, courtesy of Deadspin:

As far as I can tell, that’s not even a stock face from 2K Games’ files. It’s a “cyber face”, a custom made virtual mugshot meant to replace the stock faces in the game, and was made by prolific modder R4zoR. Here’s what I believe is the source image, a sample that R4zoR uploaded on Moddingway. Note how the backgrounds match: 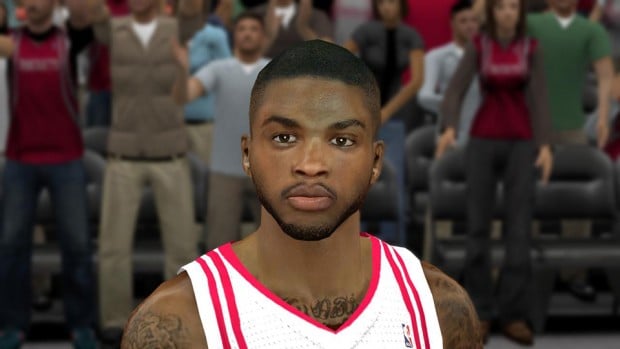 The error has since reached Troy, who didn’t take it personally:

Think I look a lot better in person wouldn't you say.. http://t.co/OdHLxZUo7R … But hey that's just me haha smh

How’s that for the uncanny valley?