One of the Dreamcast’s most unique features was its Visual Memory Unit (VMU). The VMU plugged into the Dreamcast controller to serve as a memory card, but it also had a tiny monochrome display that was used as a second screen in some games. Though he didn’t use a VMU, modder Fibbef was able to modify a Dreamcast controller to give it a primary screen right where the memory card should be. 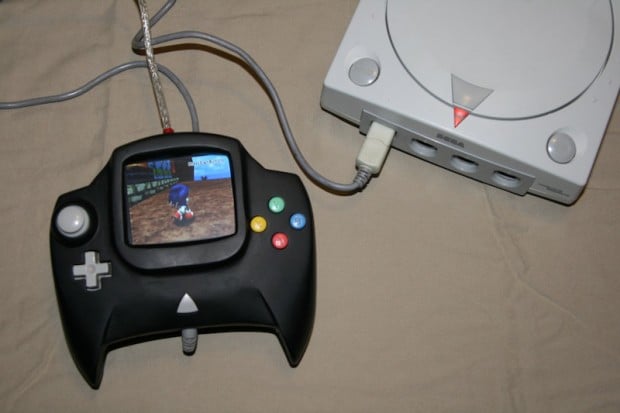 Fibbef sent his mod in a Bacman forums contest, which has other cool entries such as a Wii laptop and the Raspberry Pi clone Game Boy Advance SP mod we saw a few days ago. Check out Fibbef’s build logs on BitFix Gaming and Bacman forums for more on his mod.