Behind the Scenes with James Bond’s SPECTRE

I am a huge fan of James Bond. While I grew up with Roger Moore as Bond, I happen to think Daniel Craig is the best Bond ever. Those of you that think Sean Connery is THE Bond might take offense to that. Frankly, I love the new gritty and more realistic Bond films. I also love the fact that a karate chop to the neck doesn’t knock out any villain Bond needs to subdue in the new films. 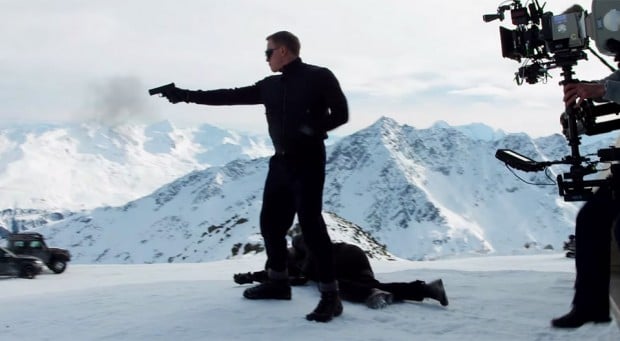 The next, and possibly last, Bond film to have Craig as the title character is called SPECTRE and it is due out later this year. I am looking forward to this film. I hope it has lots of action and cool car chases. It certainly will have some amazing cars.

If you are a Bond fan, you will want to check out this behind the scenes video that shows some of the action we will see in the movie when it hits theaters, as they film a chase sequence against an awe-inspiring Austrian backdrop.

I hadn’t followed any of the early news on the film, so this is the first I heard about Dave Bautista being in it. That’s cool. Check out the video and see what you think.