One of the main reasons NASA sent rovers to Mars was to see if they could find evidence of water remaining on its surface and determine if the ancient waters of Mars allowed life to develop. NASA scientists using ground-based observatories have been studying water signatures in the atmosphere of Mars and comparing them to water signatures stored in a martian meteorite found on earth that is 4.5 billion years old. 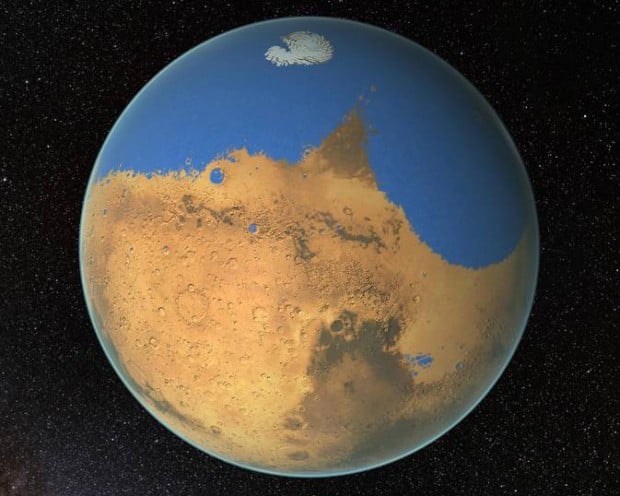 The findings made by the researchers suggest that Mars once had enough water on its surface to cover the entire surface of the planet in a liquid layer 450 feet deep. To put that in better perspective, the scientists say that the surface of the Red Planet once had more water than is found in the Arctic Ocean here on Earth.

The team thinks that the massive ocean once occupied nearly half of the entire northern hemisphere of Mars and was deeper than a mile in some areas. The real question we want to know the answer to now is where all the water went. Mars has lost an estimated 87% of all its water into space.