We’ve known what the Apple Watch would look like for a while now, and now Apple has finally revealed all of the details we’ve been waiting for, including pricing for every version, as well as the features slated for its April launch. 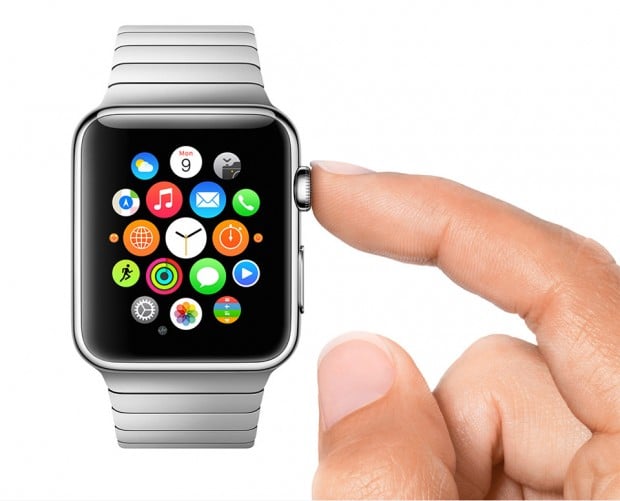 Apple is hoping the Apple Watch will become highly integral to the daily life of those who wear one. The watch will offer a wide variety of digital faces and the ability to customize what information is displayed on the main screen. As a timepiece, Apple claims the watch will be accurate within 50ms of UTC – which should be plenty accurate for most of us. 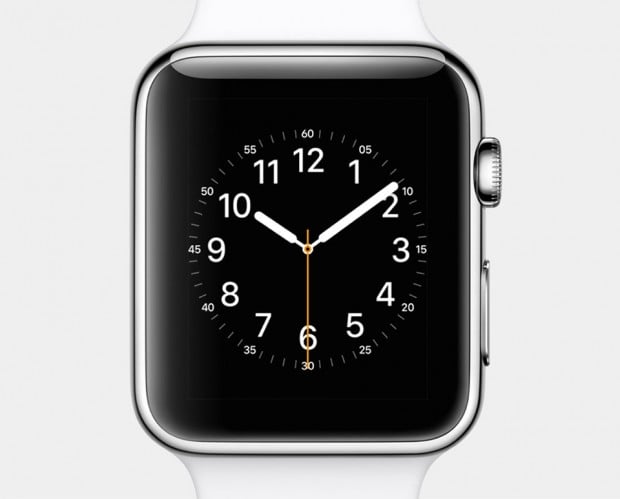 The watch will offer sophisticated fitness tracking capabilities, and can monitor a wide variety of activities and help set fitness goals and areas for improvement. It can also track your heart rate. 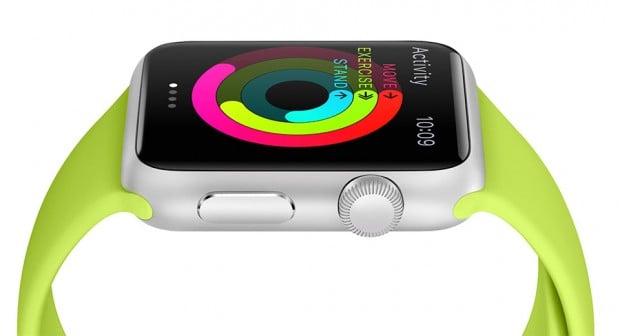 In addition to sending and receiving text or audio messages from the watch, you’ll be able to read full emails, and even make and receive phone calls thanks to a built in speaker and microphone. You can also use the watch to send person-to-person communications to others wearing the Apple Watch, with the ability to send drawings and even haptic touches. The Watch will also allow you to may Apple Pay payments without removing the phone from your pocket. 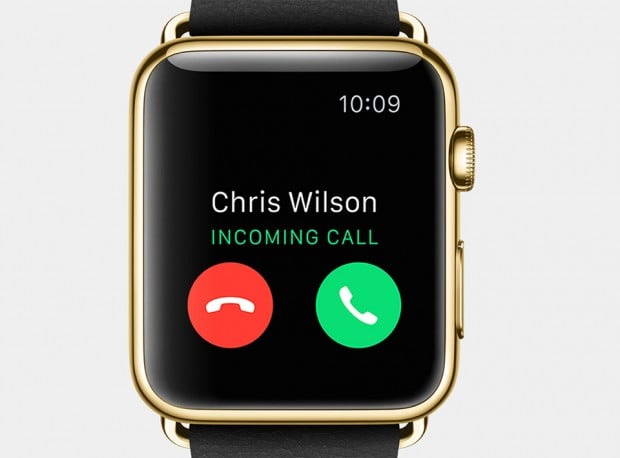 A wide variety of apps are coming to the Apple Watch, including airline and travel tracking, music playback, and health apps. Apps will be purchased and downloaded to the watch using your iPhone, and a new Apple Watch app. 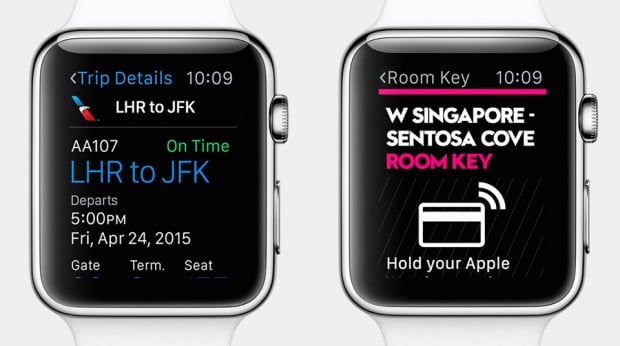 Apple claims the Apple Watch will offer “All Day” battery life, which they’re saying is 18 hours of “typical” usage. Exactly what this means is yet to be seen, but at least charging is fast and easy, thanks to a magnetic charging connector. 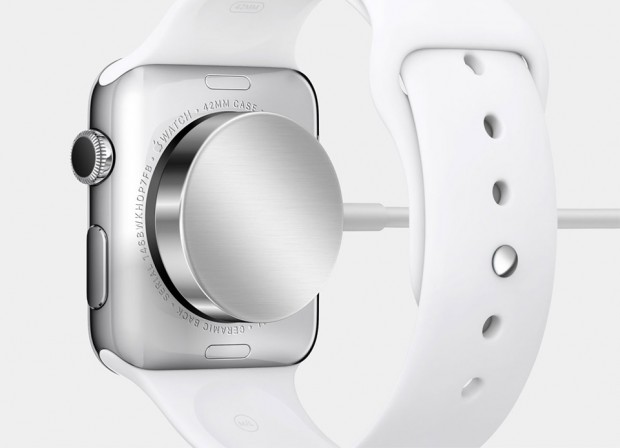 The least expensive variant of the watch is the Apple Watch Sport, which will come in a silver or space grey finish, and a high performance fluoroelastomer band. It’s built from an aluminum body, said to be 60% stronger than standard aluminum alloy. One thing to note is that the Sport has a reinforced glass face, not Sapphire crystal like the other models. Prices for the Apple Watch Sport are $349(USD) for the smaller 38mm model and $399 for the 42mm model. 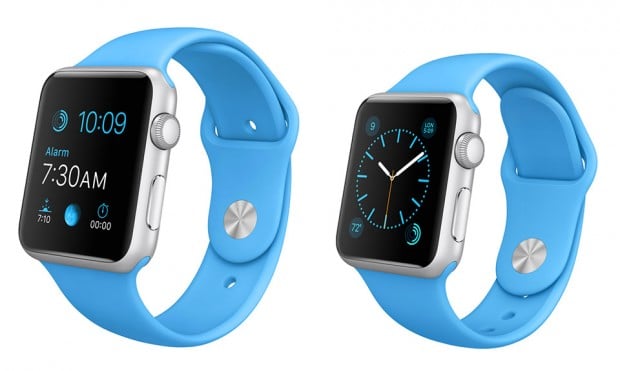 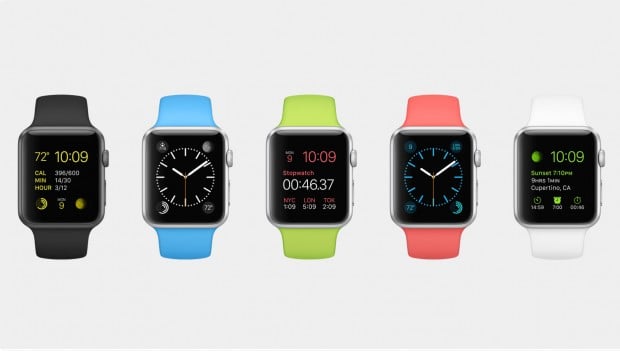 What is likely to be the most popular model is the Apple Watch, which offers the widest variety of straps, and is made from stainless steel, in either a traditional or space black finish and benefits from a sapphire crystal. Prices for the Apple Watch range from $549 to $1049 for the 38mm model, and between $599 to $1099 for the 42mm model. The large price range is entirely determined by the band you select. Naturally, the one I want is the most expensive of the bunch. I’m hoping that you’ll eventually be able to buy aftermarket bands so you can go with a less expensive model to get in the door. 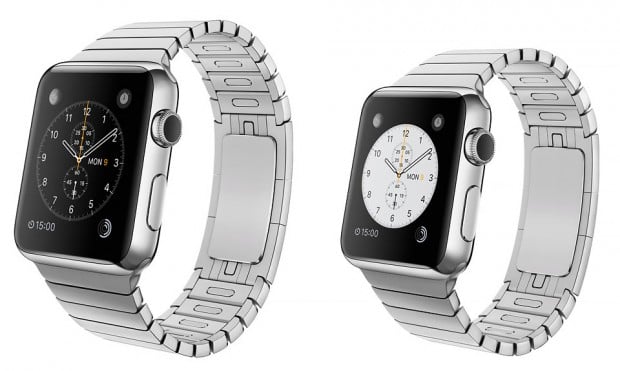 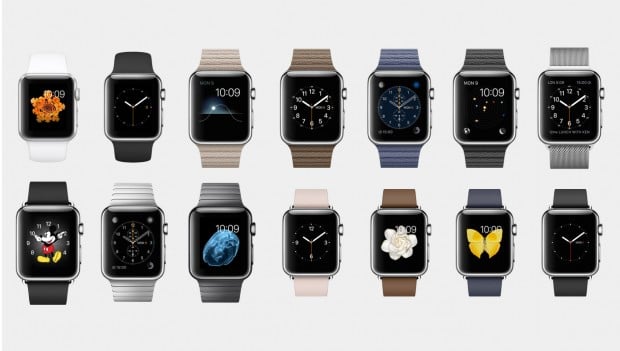 Lastly is the super schmancy Apple Watch Edition – designed for celebrities, fauxlebrities and other people who like to wear their money on their wrists. It’s made from 18kt solid gold, with equally fancy custom bands, and will start at a wallet-busting $10,000, and go (gulp) up from there. The Apple Watch Edition will only be available from “select” retailers. 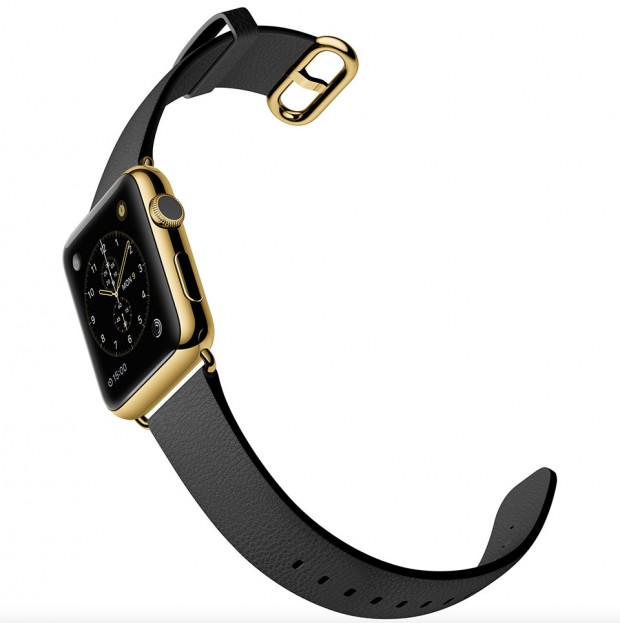 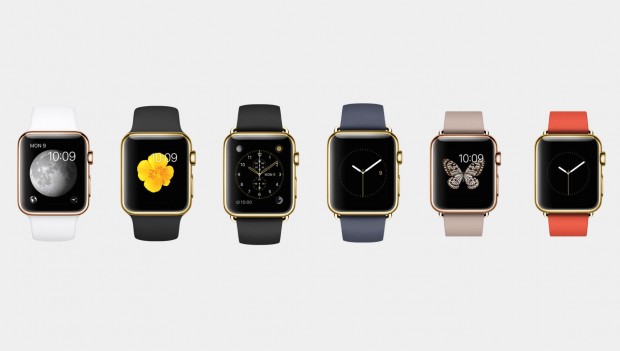 You’ll be able to pre-order an Apple Watch starting on April 10, which is also the same day Apple will start showing off the watches in person at Apple Stores. Orders will start shipping April 24 in the U.S., Australia, Canada, China, France, Germany, Hong Kong, Japan and the U.K. Apple has yet to announce a release date in other countries. 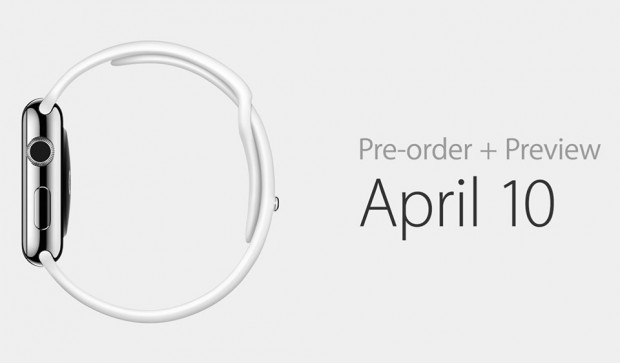 The smartwatch space has already grown significantly since the earliest rumors of an Apple watch, and market reception has thus far been pretty lukewarm. Only time will tell if Apple’s magic touch will be the breakthrough the smartwatch has been looking for.