Joker and Harley Quinn Dance the Night Away

I never saw Harley Quinn in the Batman cartoons that I watched growing up. At least not that I recall. These days, she gets plenty of attention in the Batman universe. I get the impression that she and The Joker have something going on sort of like Batman and Catwoman. I’m not sure if Harley is an outright villain or not.

She is seen here dancing with The Joker, who is definitely a bad guy. If you have seen or read Batman: Harley Quinn #1 you will recognize that the statue is based on the cover of that issue. 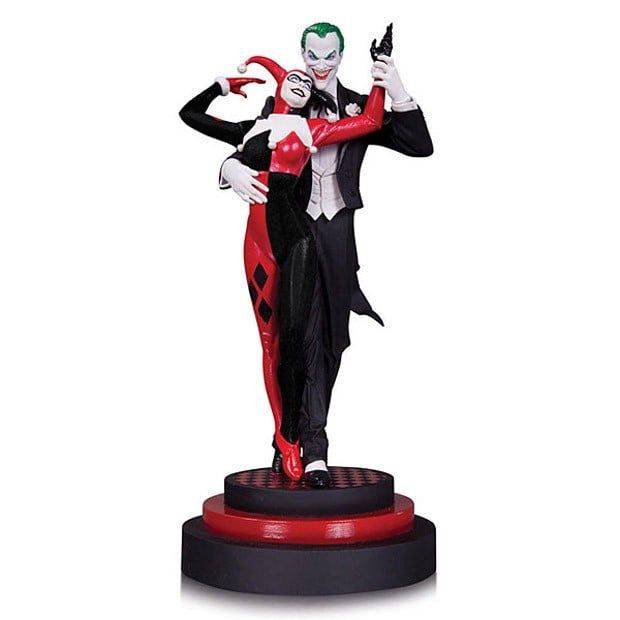