Digital Wizards Studios makes LEGO stop motion films. To prove to his 8-year old daughter Hailee that they could do anything with LEGO, Digital Wizards’ Paul Hollingsworth, Hailee and his friends recreated some of the key moments in Jurassic Park. They used about $100,000 worth of LEGO, not to mention a variety of audio and video recording equipment and three months of their time to create the fun short film. 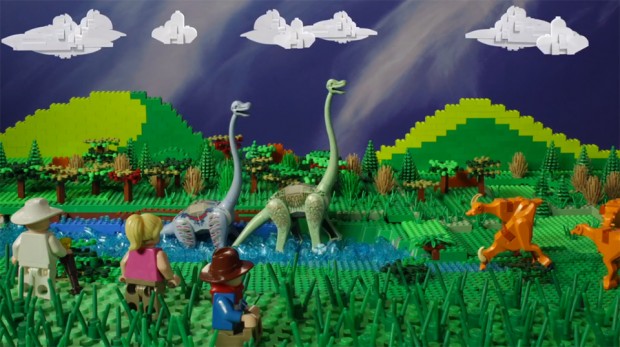 Haley’s main contribution is in animating Tim in the scene where he refuses to let go of an electric fence. Check out the finished short:

Here’s a peek at the hard work – and play! – that went into making the short:

Take a trip to Digital Wizards’ YouTube page to see more of their short films. If you want to learn more about making LEGO films, Paul recommends reading Sarah Herman’s book Bricks Flicks: A Comprehensive Guide to Making Your Own Stop-motion LEGO Movies.