We have talked about the awe-inspiring railgun that the US Navy has been working on before. The last time we mentioned it the gun was test fired at 32-megajoules and looked incredible doing it. The Navy wants to replace the giant deck guns on its ships and one day the railgun may do just that. 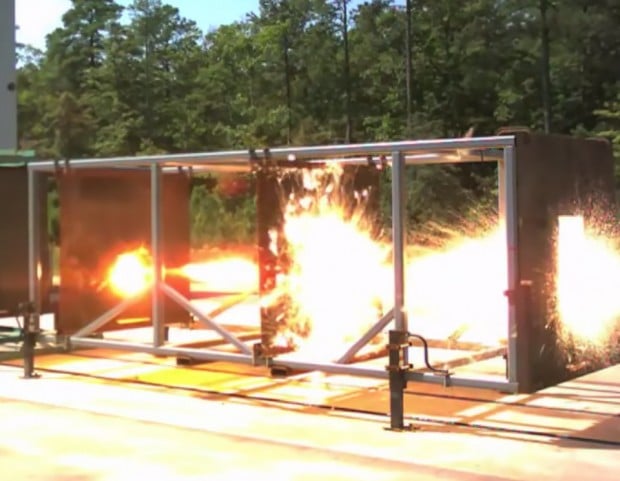 The most recent test firing of the railgun sees the hyper-velocity shell blasting through steel plates like they are nothing at a speed of around 5,600 mph. Another cool thing about these incredibly fast projectiles is that they are guided and can reach out and destroy a bad guy from over 100 miles away.

One big difference in this test firing is that instead of looking like a hammer, the projectile in this test is streamlined and much more precise. This is one of the coolest videos I have seen in a while, check it out.