Last year we heard of Microsoft Research’s prototype keyboard that used infrared sensors to turn the entire area above the keys into a multitouch surface. Now a company called Innopresso is raising funds on Indiegogo for a similar device called the Moky, short for “motion keyboard.” 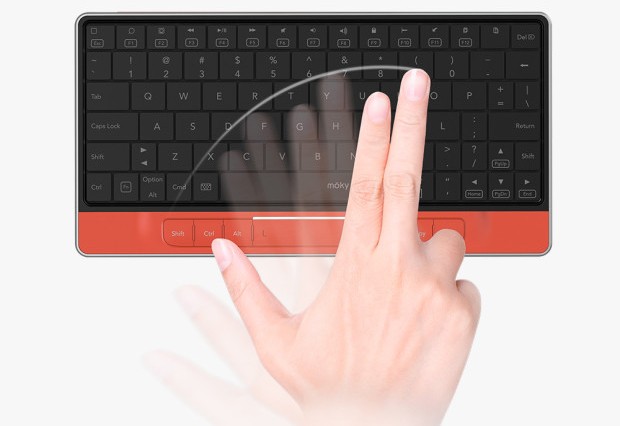 The biggest differences between the Moky and Microsoft Research’s prototype are that the Moky is more compact, connects via Bluetooth and uses only two infrared sensors (the prototype keyboard had a sensor beneath each key). 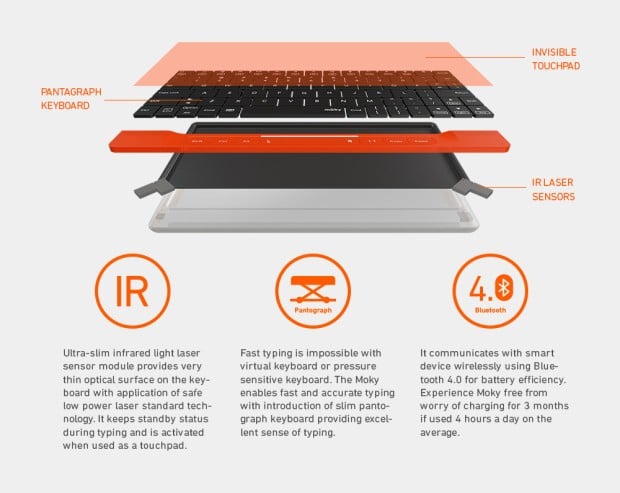 To use Moky’s touchpad feature, simply hold the left mouse button just below the spacebar and make a gesture over the keys. It recognizes drag/highlight, tap/click, swipe and pinch gestures. Moky also has a right mouse button, as well as shift, control, copy and paste buttons. You can use Moky with Windows, Mac, Android and iOS devices, but the touchpad feature won’t work on iOS.

Pledge at least $59 (USD) on Indiegogo to receive a Moky keyboard in black and orange or black and blue as a reward. You’ll also get a keyboard cover that doubles as a mobile device stand.