E3 starts in a couple of weeks, which means new games will be announced, and leaks about those games will pop up online until the event starts. Webcomic creator Brian Lee decided to poke fun at such leaks and the Web’s appetite for them by creating a website that randomly generates a schedule for Nintendo’s E3 Digital Event featuring non-existent games. 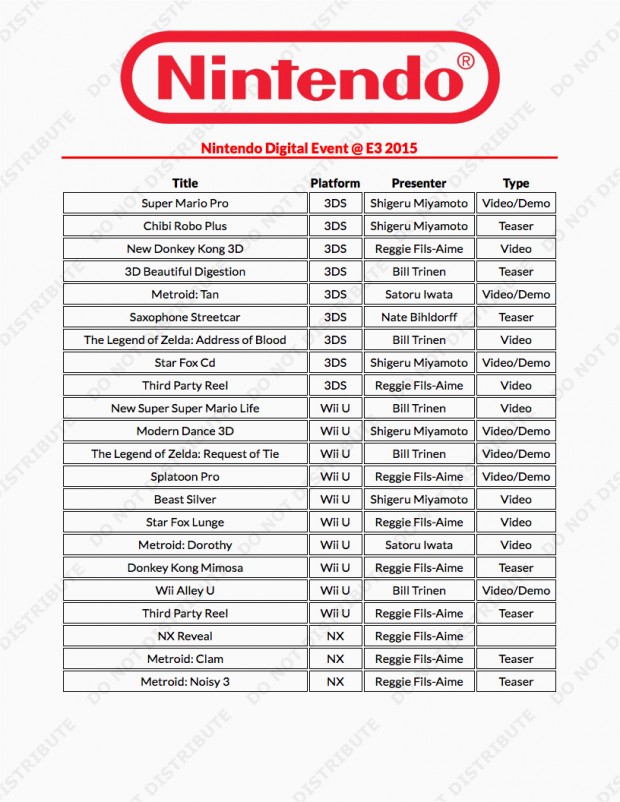 Brian’s website makes up hilarious video game titles by combining random words with Nintendo titles, then presents them on an official-looking document. Hence we get winners like Metroid: Clam, Mario Hand Ball Pro and my favorite result, The Legend of Zelda: The Alright Look. 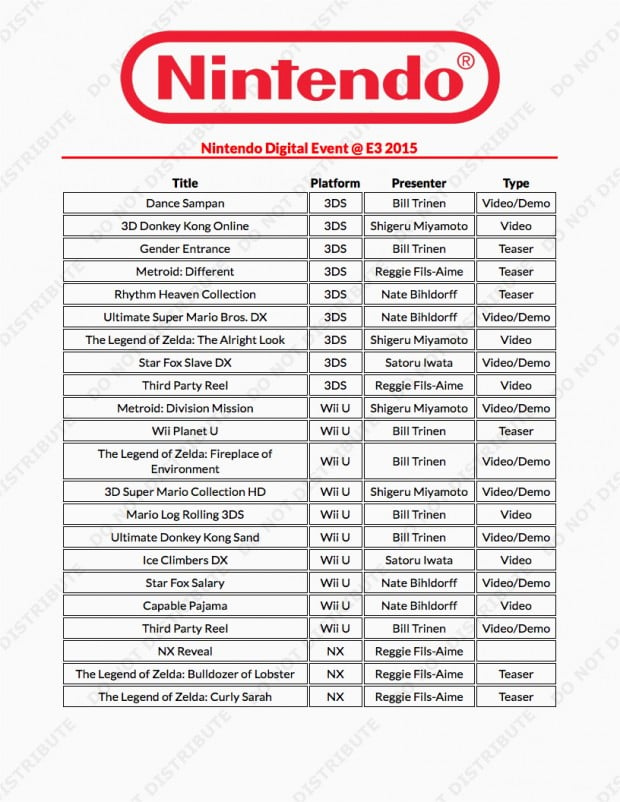 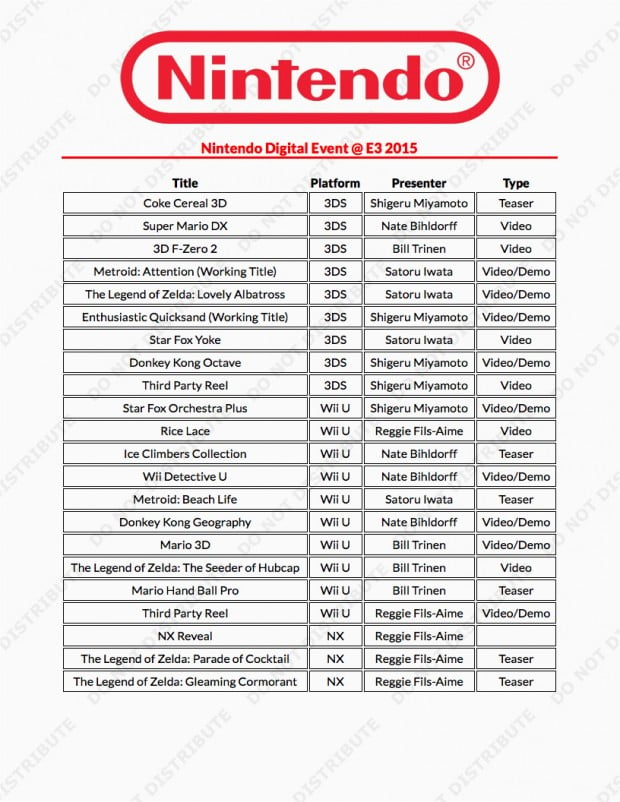 Tell your guy who knows a guy to check out Brian’s website. The titles change each time you refresh the page, so have at it!