Using the hashtag #ChevyGoesEmoji, automaker Chevrolet today released what is – as far as I know – the first ever press release written entirely in Emoji. They did this presumably to reach a younger, more tech-savvy demographic – potential buyers for the new 2016 Chevy Cruze – slated to be revealed on June 24th.

Here’s the message for those of you interested in taking a stab at what it says: 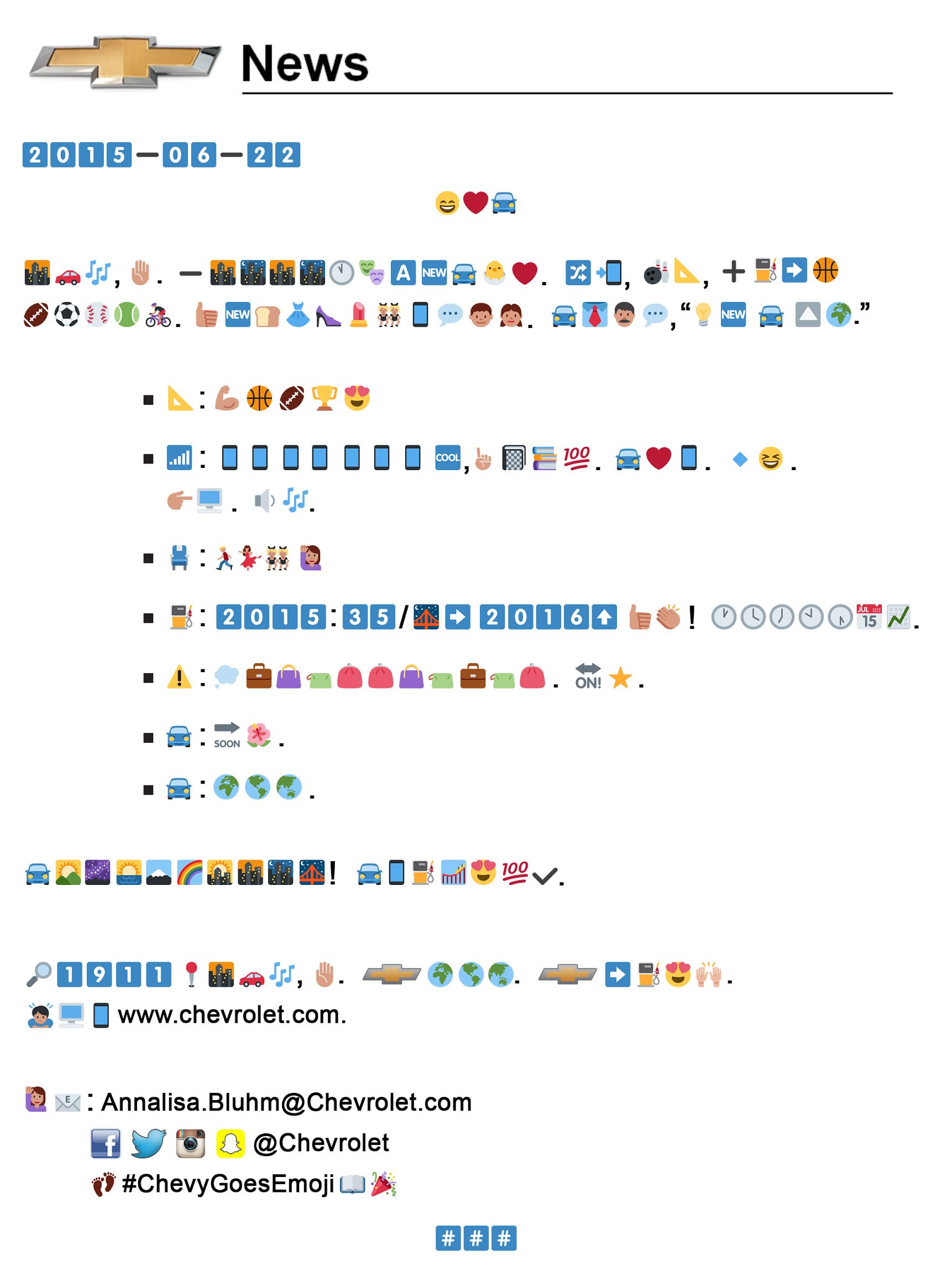 I got as far as figuring out the part about the press release being issued from Detroit (motor and music city), and then that there’s a new car that chicks will love. After that, my brain stopped working.

Perhaps some of you Emoji experts out there would like to take a stab at it in the comments below. Chevy promises to send the media a decoder tomorrow afternoon, so we’ll be able to compare notes then.