Back in 2012, we featured Bounce Imaging’s concept for a throwable camera that could stream a 360º image to a mobile device. The device is now on sale, and while many of its proposed features didn’t make the cut its basic functions are intact. 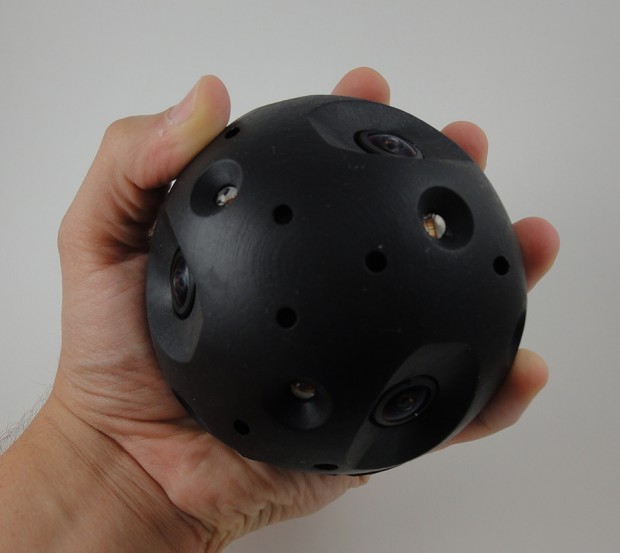 The Explorer is equipped with six 800×480 black and white cameras. Each camera shoots one photo per second. The photos are then wirelessly sent to and stitched into a 360º image on a mobile device up to 60ft away.

Back when they were still developing the Explorer, Bounce Imaging originally wanted the cameras to take two shots per second, and hoped that it would have sensors to gather additional data such as temperature or radiation. The Explorer didn’t meet any of those lofty goals, but at least its core functionality is there.

Another feature that got cut? The $500 (USD) price. Bounce Imaging is selling the Explorer for $1495, while the Explorer Tactical Edition costs $2495. Retrieval accessories in the form of a pole and a tether are sold separately. I’ll have to be content with attaching cameras to our cat.