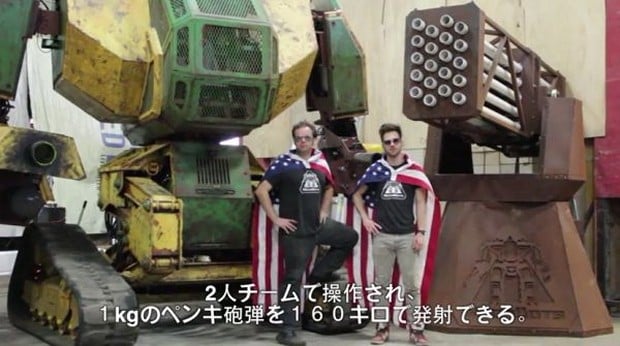 Megabots’ Mark 2 robot is here to chew bubble gum and kick ass. And it’s all out of bubble gum. They have laid down the challenge and if that challenge is accepted, it will fight a robot from Suidobashi Heavy Industry in Japan named Kuratas.

If this fight happens, both teams are going to need to take about a year to retrofit their robots for fighting each other. This is going to something to see. Frankly, I don’t want to be anywhere near these guys when they fight.

[via Jalopnik via Viral Viral Videos and Neatorama]