We all have that one road that we have to drive on that is in terrible condition. The potholes make you think your car is falling apart or ripples in the pavement feel like a rollercoaster. Roads are normally covered in asphalt, but that might not be the case for a Dutch city called Rotterdam. 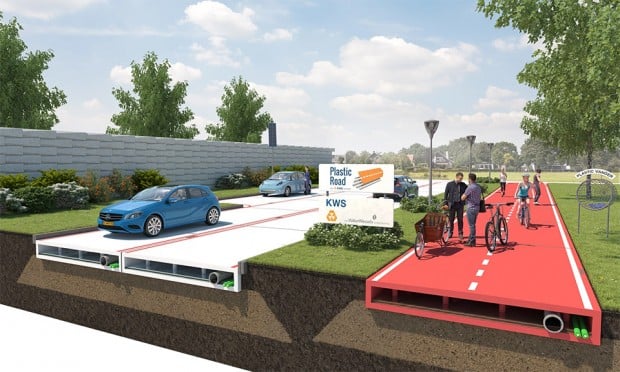 Officials in Rotterdam are looking at installing the first plastic road surface made from recycled bottles. The cool part about this road surface is not only that it’s green, but also that it is quicker to install and is estimated to last three times a long as normal asphalt. That means less traffic during construction and fewer potholes down the road.

The plastic roads are also hollow making it easy for the city to route cables and pipes underneath. They might even be heated so ice doesn’t accumulate. Unless the plastic roads are significantly more expensive I don’t see why these won’t turn up all around the world. The company behind the new road material hopes to install its first road in the next three years.