Mod Turns Skyrim into a Cartoon

I recently tried playing Skyrim again recently, but didn’t get very far. It just felt like the same old experience. This mod by Modder UniqueUses is called “Toon Skyrim” and this is just what I needed for the game to feel new and fresh again. 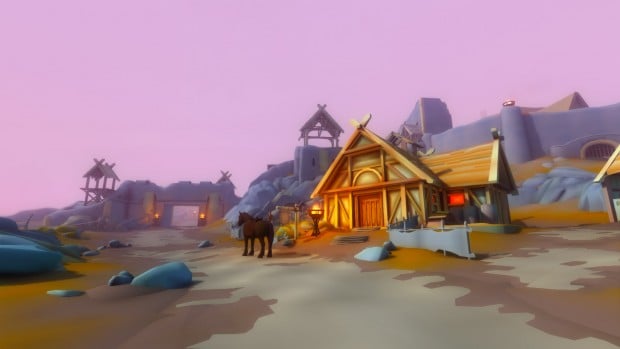 It’s a work in progress, but man, it looks awesome. Here’s what the maker has to say:

“I’m basically making my own potato texture mod, with an enb [a visual mod] and weather that goes with it to help hide that ugly lod [level of detail]… I like the potato texture style, but I think a lot of fixing up needs to be done for it to be playable. So I’m going to attempt to make things like signs and faces readable but still fit the potato style. For example, certain puzzles need to be seen, so I’m going to edit those.”

So he’s looking to use a mod that gives a new visual feel to the game but won’t do so much stuff that the game slows and suffers because of it. In fact, the simple textures actually speed up rendering quite a bit. It really looks great so far and I can’t wait to see it all finished.