My daughter plays with a mix of toys from Barbies to cars. She doesn’t care if it’s a girl toy or a boy toy, she just wants something cool and fun to play with. She has a bunch of Barbie dolls, but nothing like this Swiss Army Barbie. 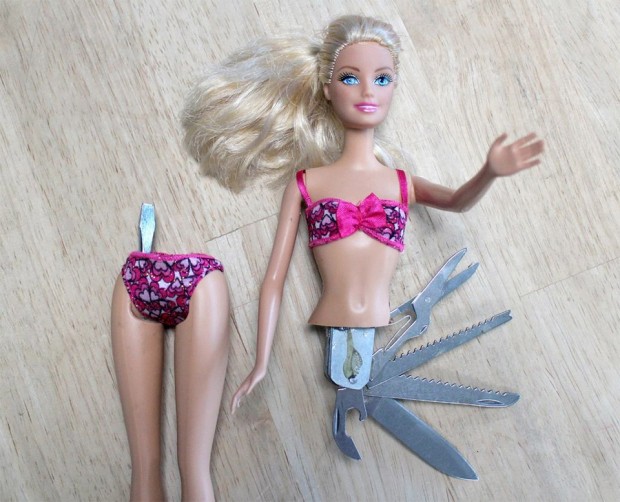 This weird toy mashup started life as a normal Barbie doll before Mikeasaurus turned it into something that would land you a deep cavity search at the airport. Mike cut the Barbie in half, then took the innards of a cheap multi-blade Swiss Army style knife and crammed it inside the tiny-waisted toy. She’s also got a flat-blade screwdriver hiding in one of her legs, which attach magnetically to her unrealistically slim torso. 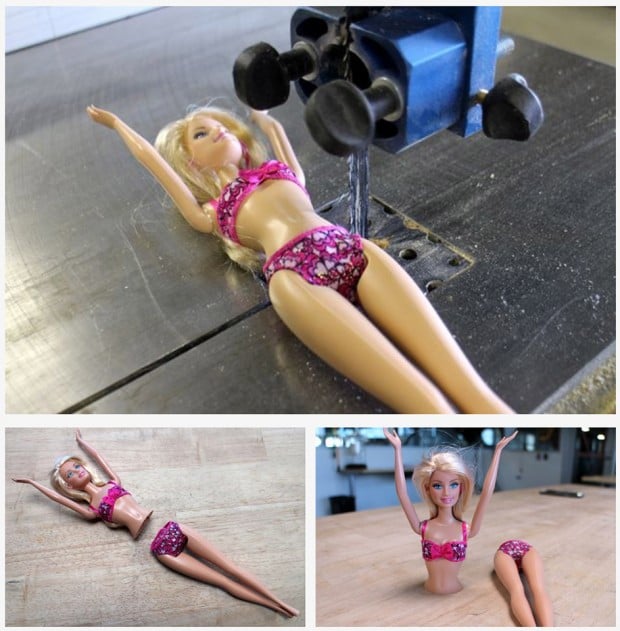 The result looks like something the bad kid from Toy Story would have created. I couldn’t give something like this to my daughter. She would use it to disassemble everything in her room and cut the hair off most of her stuffed animals. Watch the video to see the Swiss Army Barbie in action: