Nowadays you can emulate Philips’ Ambilight technology on different TVs or monitors using third–party or custom alternatives. The old Ambilight tech that is. The company recently unveiled an updated version of Ambilight that uses pico-projectors instead of LEDs. 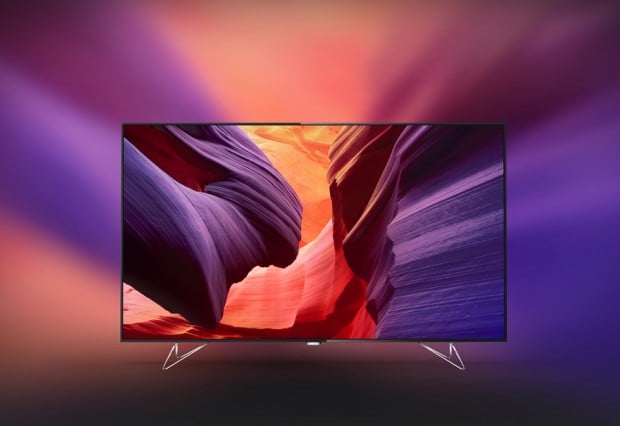 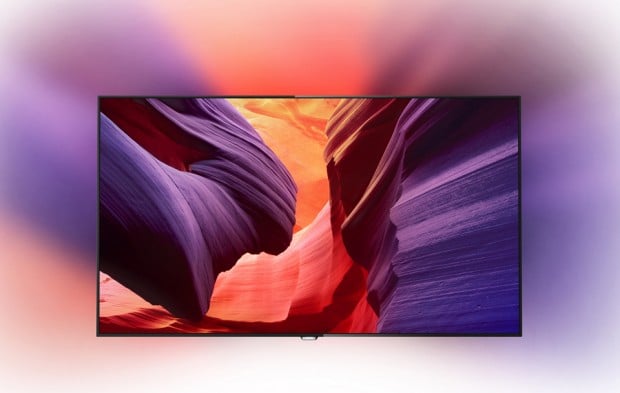 The new system debuts in the AmbiLux, a 65″ 4K LCD TV with nine Ambilight pico-projectors at the back. The projectors are much better than the old Ambilights’ RGB LEDs because they also mimic the overall motion and shape of the objects on-screen, and not just their colors. 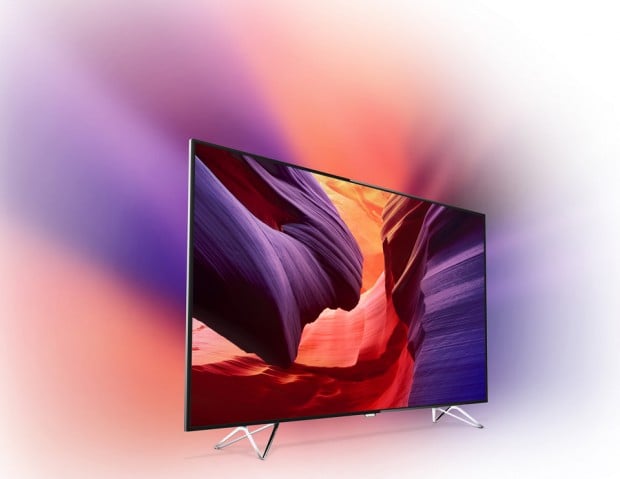 According to Gizmodo, you’ll be able to adjust the projectors’ output and sync them with Philips’ Hue lights. Since the AmbiLux is also a smart TV – based on the new Android TV OS – you can use the Ambilight to make a huge ass visual equalizer for your music, whether streaming or from USB.

Here’s a bit more on AmbiLux from What Hi-Fi?:

Philips says the AmbiLux will be released in Europe and Russia in the last quarter of this year.