LEGO pop artist Nathan Sawaya recently unveiled one of his latest creations: an 18ft. long Batmobile made of 500,000 LEGO pieces. It will be the centerpiece in his joint global exhibition with Warner Bros. and DC Comics called The Art of the Brick: DC Comics. 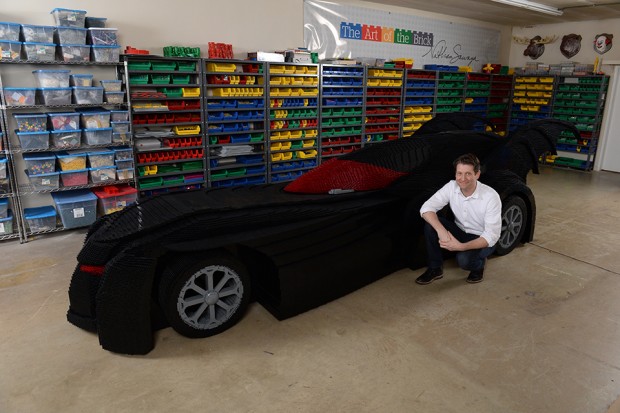 Nathan based the Batmobile partly on a crowdsourced design that Jim Lee and the audience at one of DC Comics’ panels at this year’s San Diego Comic-Con (shown below), where The Art of the Brick: DC Comics was also announced. 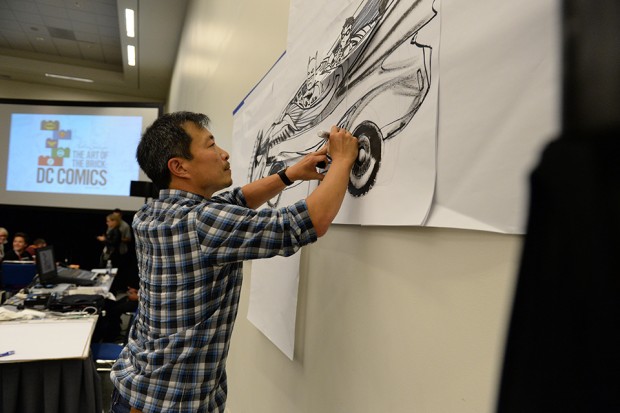 Speaking with Nerdist, Nathan said that because of time constraints he practically worked on the Batmobile for 12 hours a day everyday for 2 months. Thankfully his relatively rushed job came out amazing, and Nerdist says it’s filled with lots of details that have to be seen in person to be fully appreciated, such as the bat symbol holes on the wheels. 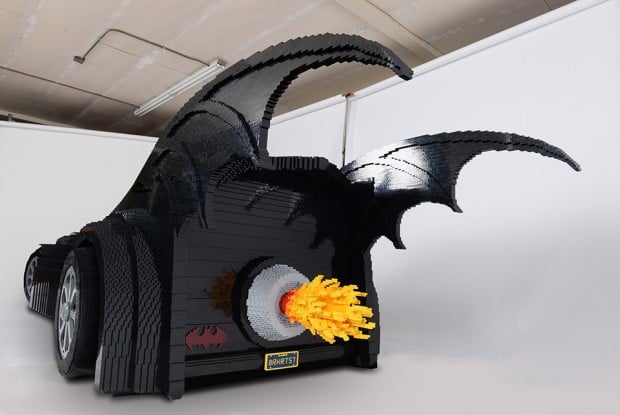 The Art of the Brick: DC Comics will kick off 11/21/15 at the Powerhouse Museum in Sydney, Australia. Check out DC Comics’ website for a sneak peek at Nathan’s other exhibition pieces.