I am a big Terminator fan. One of the things I remember about Terminator 2 is how the kid who played John Connor was annoying and looked like a young Pee-Wee Herman. I also remember that Arnie wasn’t allowed to kill people so he shot lots of knees. Of course, some of those knees were shot with a freaking minigun, which has to hurt. 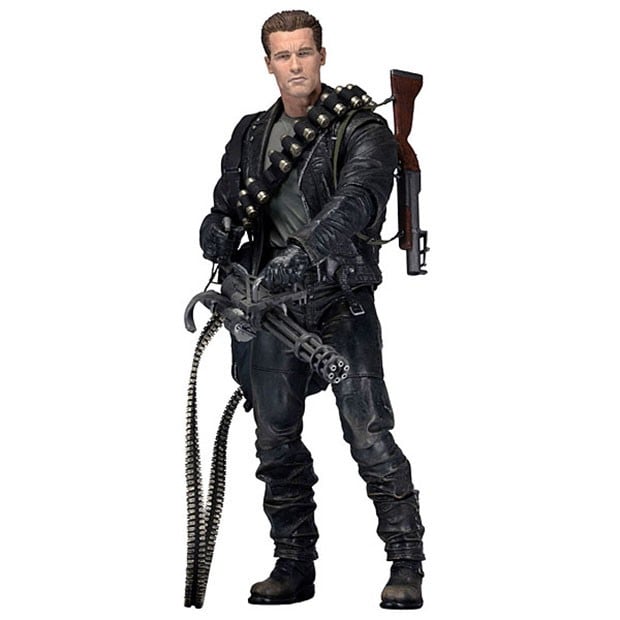 This sweet T2 Ultimate Edition 7-inch action figure from NECA includes said minigun, and looks awesome. It’s got 25 points of articulation, three heads, and a bunch of weapons. The T-800’s interchangeable noggins include a regular one, one with sunglasses, and a battle damaged one. 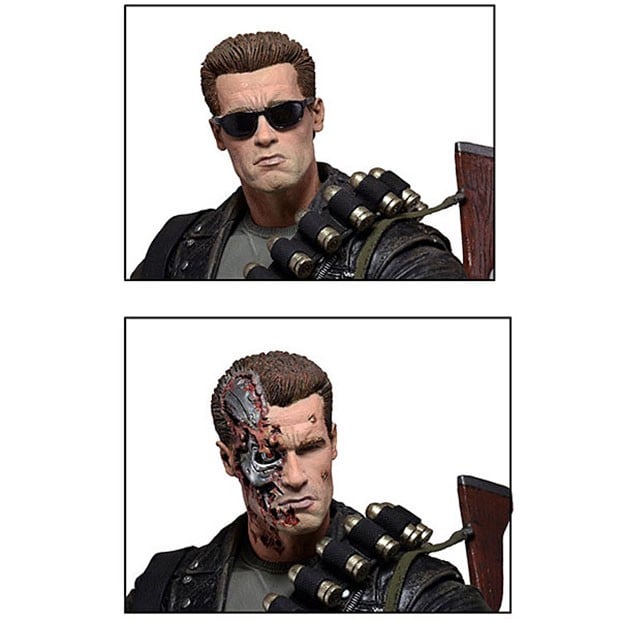 In addition to the aforementioned minigun, his other weapons include a grenade launcher, shotgun, and a pistol. You can get your own T2 action figure for $24.99(USD) at ThinkGeek.