One of the simplest and most destructive running gags among tinkerers is the so-called killer. It’s a peripheral cable spliced with a power plug. The idea is to fry the circuits connected to the port – e.g. the etherkiller plugs into Ethernet ports – by sending high voltage current into it to destroy a machine and perhaps even start a fire. YouTuber Dark Purple made a portable USB killer that looks just like a normal USB drive. Because why the hell not. 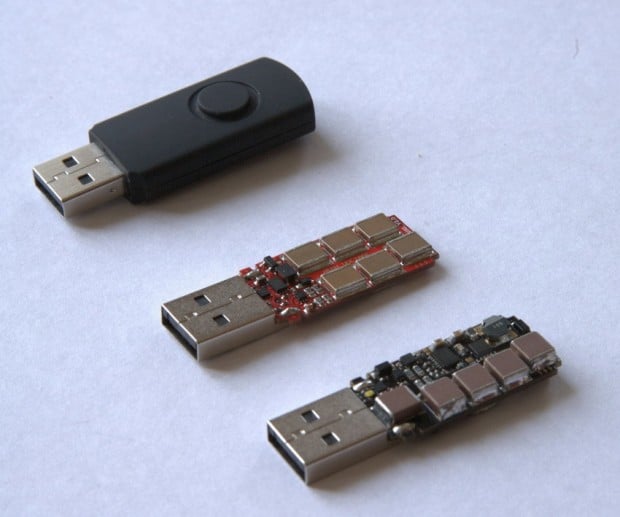 This is actually Dark Purple’s second take on a USB killer. His first version dumps 110V by drawing power from the port to charge its capacitors. USB Killer 2.0 appears to work similarly but unleashes twice the voltage. So how effective is it? It fried a laptop in 2 seconds. Combine its deceiving appearance with the fact that everything from phones to TVs now have USB ports and you have one destructive device.