Like many of you, I have been spending way too much time playing Fallout 4 and wandering through the wasteland. This game was worth the wait. I wish we had some official LEGO sets based on the game, but at least we have fan made creations like this cool LEGO version of Vault Boy. 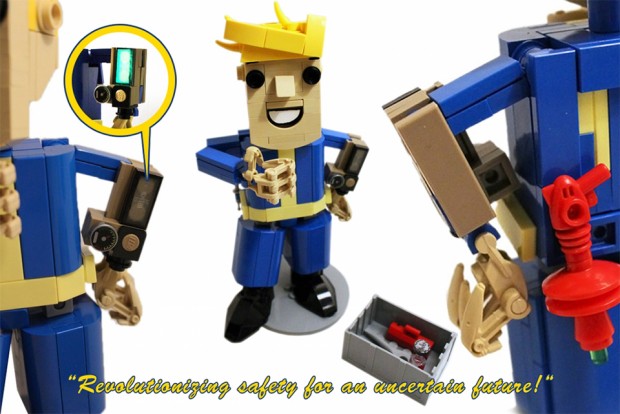 Alex Jones (aka Orion Pax) created this awesome LEGO figure. His friend gave him his spare preorder Vault Boy for Fallout 4 and Alex had to build him this LEGO Vault Boy in trade. This LEGO version is much better. I love how he created the Pip-Boy and he has other accessories like that ray gun.

I wish I had this guy on my shelf. Great job Alex. I love it.