Laser enthusiast Styropyro saw Allen Pan’s blowtorch lightsaber and decided to outshine it by making his own energy blade. It’s as scary as you think. 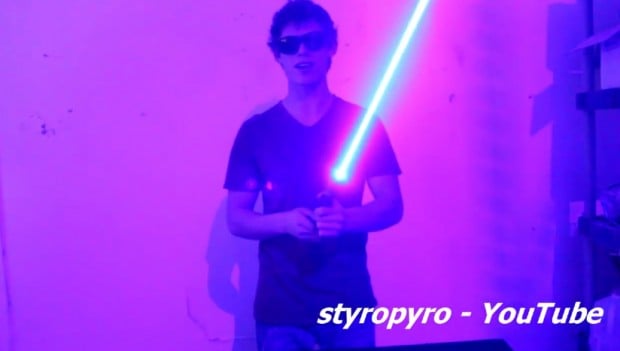 Styropyro used a Nichia Gallium (III) Nitride laser to make his lightsaber. He didn’t say what the laser’s original power output was, just that he increased it to 7W using a pair of buck drivers in parallel. While we’ve seen him handle a 40W laser before, but this one is no joke either.

In case you didn’t catch that, he said he’s going to make a 160W laser bazooka. May your eyesight always be with you dude.