I really liked the new Star Wars flick. I’m not going to give it away, but you need to go see it soon because it won’t be long before I start working little tidbits into my stories. You have been warned. BB-8 was a really big deal before the new flick hit theaters, and now I finally see what the big deal is all about.

For those of you who have been sleeping under a very large rock, BB-8 is a droid with a head that stays up on top of a beachball-like body that rolls around. He’s sort of like a short, rolly, R2-D2 – cuter, but not as cool. If you ever wondered what propels BB-8, we now have an answer. 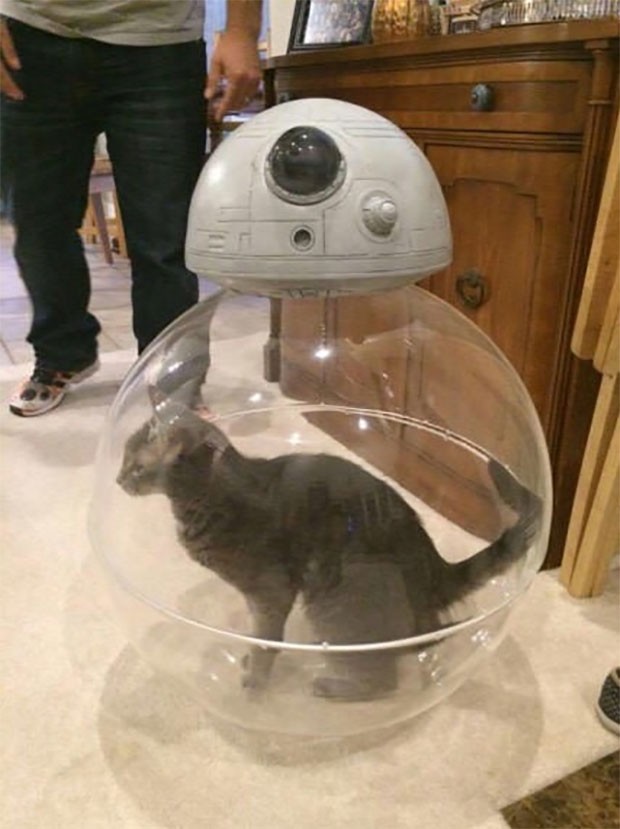 It turns out that BB-8 a cat. Obviously, this isn’t the real BB-8, but it a cool way to to put a cat to good use. The cat doesn’t look happy though, and will likely scratch out his owners eyes at some time during the night. Cats are evil assholes after all that would eat us if only they were larger.